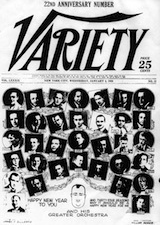 Not All Film Fests Are Created Equal: Festivals Seek Individuality

From guns to dogsleds, some sprocket operas have it all

Not every festival can offer Cannes’ cachet, Venice’s ambience or Toronto’s marketing juggernaut. That’s why the smart ones develop their individuality as well as their screening program and use unique hospitality offers to lure the jaded fest hopper.

Just as in real estate, location is a major fest factor. Who wouldn’t want to be invited to Jerusalem or Istanbul? And when you throw in a tour of the Old City (the former) or a boat trip on the Bosphorus (the latter), all the better.

But other fests in fabled locations put a more imaginative spin on their welcome. The San Francisco fest offers a “Vertigo” tour. Mihai Chirilov, artistic director of the Transilvania Intl. Film Festival, calls it “amazing and very well documented. The guide was brilliant. It’s one of my favorite festival film-related trips ever.”

At the Sarajevo fest, which launched in 1994 while the city was under siege, foreign guests receive an education about this recent past through tours of the former conflict area, including an airport tunnel, which was key to smuggling in supplies for the city’s residents. A Bosnian Serb general who helped defend the city led these excursions for many years, supplying searing first-hand anecdotes.

Meanwhile, visitors to Norway’s north-of-the-Arctic-Circle fest, Tromso, which takes place during January’s dark, polar nights, find warm hospitality that offsets the climate. A dog-sledding wilderness trip encourages bonding as guests cuddle up, two by two, under heavy rugs on old-fashioned sledges drawn by happily baying canines. And to celebrate the day when the sun first appears above the horizon, guests and staff share a festive dinner at which all the courses, including dessert, are made of cod. Fest director Martha Otte says: “The cod dinner is unique to us. It’s the freshest and best cod in the world, from the Barents Sea, just at our doorstep.”

Special culinary tourism accents the hospitality of many festivals, the more exotic, the more appreciated. Martin Schweighofer, managing director of the Austrian Film Commission, recalls a high-spirited tour of the Armenian Brandy Co. at the Golden Apricot Festival in Yerevan, Armenia, while I cherish memories of Tehran teahouse dining during the Fajr Film Festival.

All things considered, however, Mexico’s Morelia fest is hard to beat. As Sight & Sound editor Nick James notes, it offers a “uniquely pleasing balance of the social and the cinephile.” Ahead of last year’s 10th anni edition, more than 70 guests traveled aboard a splendidly appointed Pullman train from Morelia to Patzcuaro in order to witness Day of the Dead celebrations in this U.N. dubbed Historic World Treasure City.

Like adventure and outdoor sports? The Festival de Cinema Europeen des Arcs, held in December at a ski resort in the French Alps, organizes the European Cinema Ski Cup. There’s also Pitching in the Ski Lift, where a filmmaker with a project truly has a captive audience during the seven minutes it takes for the lift to rise from bottom to top.

Some daredevil colleagues recount tales of sweating naked in a Finnish sauna alongside big-name filmmakers at the Midnight Sun Festival, and aerial sightseeing over the Norwegian fjords during the Haugesand fest. Meanwhile, there are rumors of VIPs being treated to helicopter wolf-hunting at the Siberian fest Khanty-Mansiysk.

Filmmakers with guns? Sure. At Fantastic Fest in Austin, Texas, the Blackstone Security Group takes 25 of its most elite guests to a shooting range, supplying up to 22 different types of high-velocity weapons and ammunition.

But the best place to combine exotic travel and film is at Turkey’s Festival on Wheels. In late November, the bus will be loaded with guests and subtitled film prints in Ankara, and drive on to Sinop and Bursa.