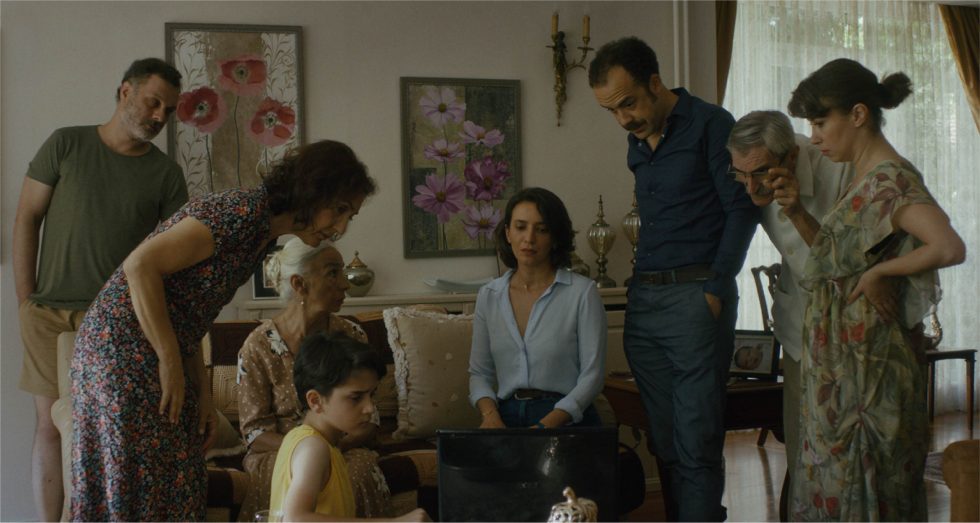 Zuhal is an upper middle-class, Istanbul-based woman with a good job, a nice house and a long-term relationship. Her ordinary life is spent dealing with everyday stresses, rushing around at work and talking on the phone with her boyfriend who is away travelling. But this all changes one night when she hears a cat meowing. Convinced that the meow is coming from inside the apartment building, she now has to make contact with her neighbours who she has studiously avoided until now. The trouble is, she can’t persuade anyone that the cat’s meows are real. After three award-winning shorts, Nazlı Elif Durlu tells a poignant woman’s story woven through with black humour and compelling secondary characters in this, her debut feature.

Nazli Elif Durlu (Ankara) studied Film and TV in the Netherlands and earned a Master’s degree from the University of Utrecht. She has written and directed three short films, Trust Me, Later and The Horse and the Nightingale, which screened and won awards at festivals such as Uppsala, Hamptons and Sao Paolo. She lectures on film analysis and filmmaking at Istanbul Bilgi University’s Cinema and TV Department. Saturn is her first feature film.