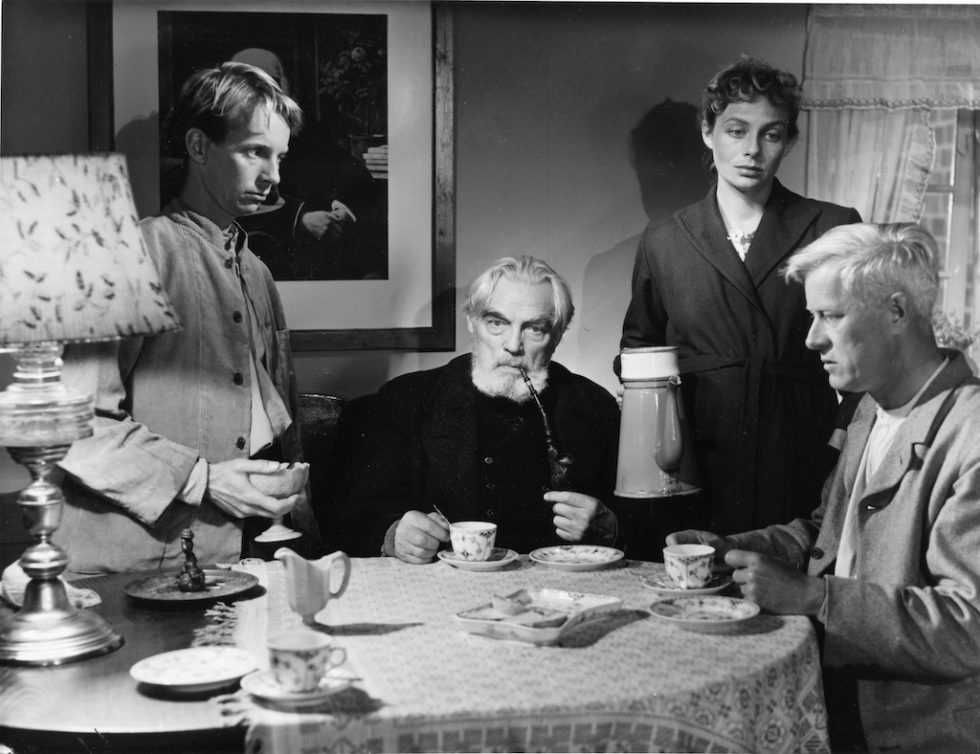 The Libran story involves thinking about two conflicting eventualities simultaneously, being suspended mid-air between two extremes at any given time. Libra’s element is air, but its relationship with air has nothing to do with “flying”; rather, it has everything to do with hanging, and moving up and down in space.

When I was called upon to choose three films for the 25th anniversary of the Festival on Wheels, I decided after much thought —you don’t know what torture it is for a Libran to have to make a choice— on the story of my star sign. In all likelihood, I will already have regretted my choice and my choices when I read this piece, but it will be too late. Anyway, someone or something has to decide… Again, in all likelihood, when I read it further down the line, I will again approve. I will think, “What else could I have chosen?”

Characters that make a mark on me in cinema always shift back and forth between two extremes. I stress “in cinema” because time is on your side when it comes to deciding in literature; you have ample time to decide in a book that goes on for pages. There is reasonable latitude for objections, footnotes, commentaries, decisions, changes of mind and then backtracking to earlier decisions. Days, weeks. Life, events, other people, other books intervene.

Cinema, on the other hand, is breathless— and for me, it is this most of all that couples the art form with technology from which it derives. You have at most two, or at the very outside three hours – both you and the character. Even if the story told encompasses an entire lifetime. Particularly if you are watching the film on the big screen. And particularly if the matters you have to decide upon are at once maddeningly inconsequential and maddeningly consequential.

Take the girl, Tristana, for example. She picks one of two almost identical chickpeas and pops it in her mouth, or chooses one of two similar-looking columns, and thinks she has the power to choose; except that she spends her life constantly making bad, bad, bad choices. Or is that the way it looks to us? What is choice? Do we really choose? Or does something else choose for us? With all its twists and turns and climaxes, Luis Buñuel’s Tristana is the film that has challenged me most. Many more of Buñuel’s other charac- ters are the same— is that girl this one or another girl, is that character a saint or is it just them that thinks so? At the end of Nazarin, when we have just about made up our minds about the vagrant priest, Nazarin, a peasant woman offers him a gift. And I wonder, is Nazarin actually…

Talking of saints and the blessed… This leads me to Carl Dreyer’s The Word (Ordet), a film he frames sometimes as a theatrical melodrama that makes the stage boards creak, sometimes as an unvarnished rural drama, sometimes as a film about faith and in places even as a horror film, using a fine, unhurried pace and a camera that glides slowly from one end of a scene to the other. The point here is this: is the young man, Johannes, a prophet or a madman? Bearing in mind that madness is next to godliness, whichever option we go for, the film is, in fact, about something quite different insofar as choices are concerned. How can we choose – indeed can we make choices – about other people, especially our loved ones or those closest to us, and especially on the question of life and death? In this respect, The Word pro- poses that we act in one way alone: with purity of heart. This film is one of cinema’s most ambitious and stripped-down films.

What do we do in the face of other people’s choices? While choices concerning ourselves or people we love affect us in one way or another, other people we don’t know make some big decisions without a second thought for us. And in this case, we can’t say ‘if it had been me…’ We can only watch from a distance. What makes literature and cinema irreplaceable is the shudders we feel in the face of these choic- es. The Stranger or Anna Karenina’s decisions may not take us into account, but they change us. The story of Alain, the alcoholic main character in Louis Malle’s The Fire Within (Le Feu Follet), is no different. Alain is a flash in the pan, one of any number of people who flicker through life. But they, too, have choices. And all that falls to us is to watch.