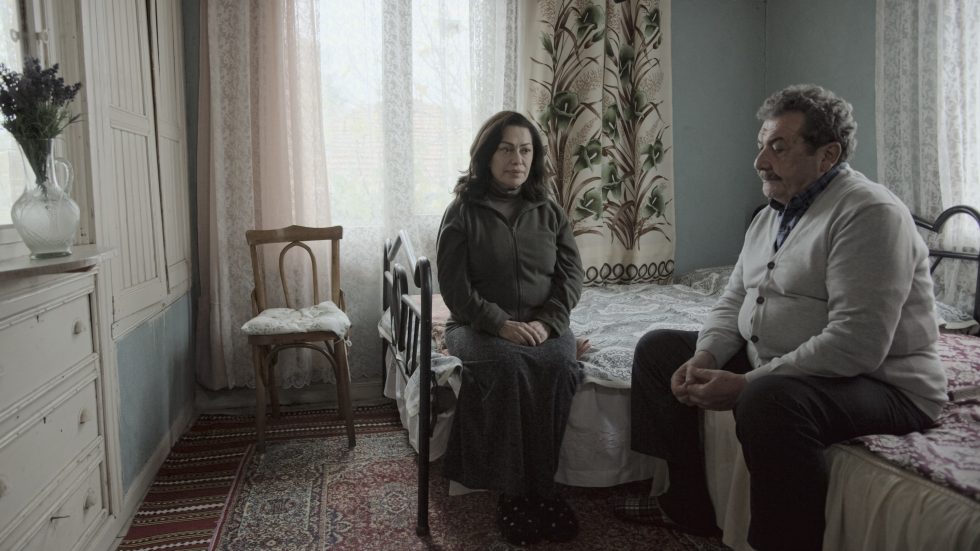 Suna, a fifty year old, poor and lonely woman with no income, finds a place to stay by marrying an old man who is Veysel, who lost his wife years ago. He’s in his seventies, and lives alone in a silent village. Suna hates making love with Veysel. Her restless heart won’t give her or anyone close to him peace. She gets depressed. She starts drinking alcohol secretly. She is raped in a bar. She falls hopelessly in love with a journalist. It’s definitely not the winter of love for her.’

Cigdem Sezgin (1972, İstanbul) studied at the Faculty of Economics at Istanbul University. She completed her BFA and MA in filmmaking at Marmara University, Fine Arts Faculty and started working in the film industry in 1991. Her debut film Wedding Dance won the Jury Special Award at Mannheim Heidelberg Film Festival. Suna is her second feature. She is currently working on her third film project A Day in March.