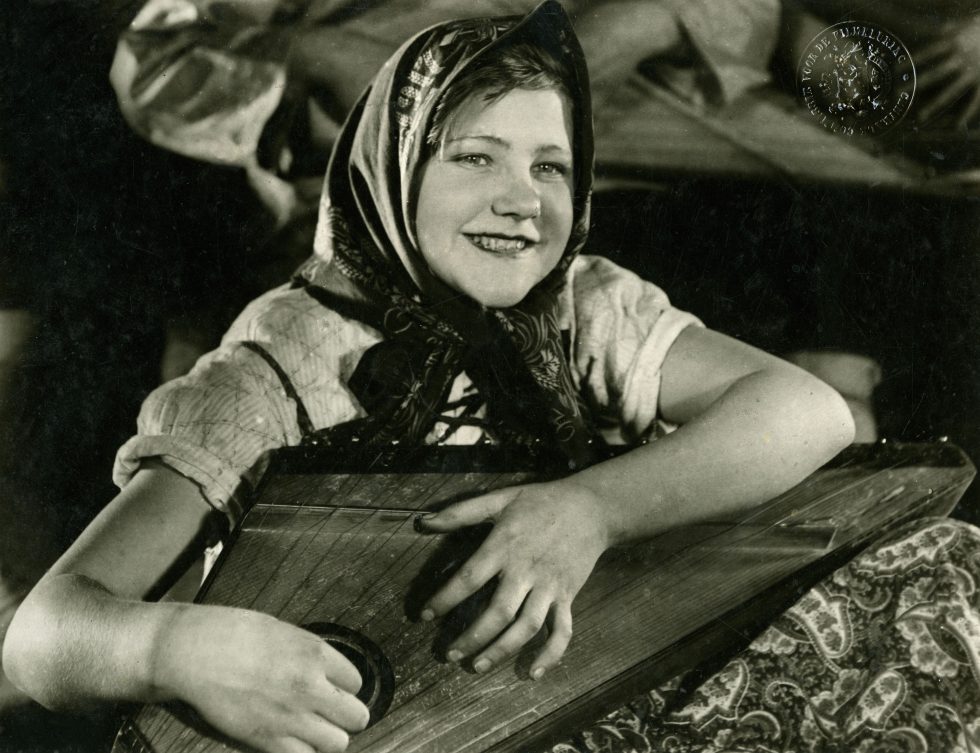 CINEMA CLASSICS AND HIDDEN TREASURES AT THE 25TH FESTIVAL ON WHEELS

Organized by the Ankara Cinema Association with the support of the Turkish Ministry of Culture and Tourism, the Festival on Wheels is taking to the road for the 25th time with a selection of films promising audiences a memorable viewing experience.

The Festival will be raising the curtain in Ankara from November 29-December 5, in Sinop from December 6-8 and in Kastamonu from December 9-12. In this year’s 25th anniversary edition, three works of rarely seen silent cinema will be presented on the big screen with live music accompaniment. This year’s program also features two classic films from American cinema dealing with racism.

Promising a memorable cinema experience, the section will bring Muhsin Ertuğrul’s Tamil to audiences for the first time in 92 years. One of the most important films in Turkish cinema history, Tamil was made in the Soviet Republic in 1927 and was thought to have been lost forever until turning up in the Ukrainian state archives. The film, which tells the story of the eponymous Tamilla, is based on the French magistrate and author, Ferdinand Duchêne’s exotic novel about the Berber communities of Algeria. Promised as a young girl to the merchant, Lahraş, in exchange for a bride price, Tamilla is dragged inexorably towards a tragic end in a setting where women are bought and sold as commodities. The screening of the film will be accompanied by live music from Ayşe Tütüncü and Miray Eslek.

Also featuring in this section is Fridrikh Ermler’s last silent film, Fragment of an Empire (Oblomok imperii, 1929), which was restored last year by the San Francisco Silent Film Festival and the EYE Filmmuseum in partnership with the Russian State film archive, Gosfilmofond. Considered today one of the finest pieces of Soviet silent film, though late to be appreciated in the West, the film uses powerful film language to portray the psychological drama of a soldier who lost his memory through shell shock during World War I, but regains it years later when he finds himself in a society utterly transformed by the Bolshevik Revolution of October 1917. Peter Bagrov, the archivist who led the film’s restoration, writes of the director: ‘Fridrikh Ermler was one of the greatest masters in the history of Soviet and world cinema. This was acknowledged by such filmmakers as Eisenstein, Chaplin and Pabst.’ Fragment of an Empire will screen to a live performance of the original film music (which was composed by Vladimir Deshevov in 1929) with Daan van den Hurk on piano. The event is supported by the Dutch Embassy.

The last of the silent films screening in this section comes from America. With Pauline Frederick, the great star of the silent era, in the lead role, Smouldering Fires (1925) was the fourth feature made during star director Clarence Brown’s five-picture deal with Universal Studios in the mid-1920s. Jane Vale, a powerful and determined 40-something businesswoman, has all but given up on her romantic desires. After a workplace confrontation, she begins to develop feelings for a much younger man employed at her factory. Despite their age difference, all seems to be going well between them until Jane’s sister, Dorothy, arrives home from college and becomes part of the story. Clarence, who went on to enjoy a career at MGM, one of the major studios at the time, draws on his masterful directing skills to deliver a subtle drama about power relationships, love and age. Smouldering Fires will be shown with live music accompaniment from Donald Sosin, and the support of the US Embassy in Turkey.

THE BLACK SCREEN: CINEMA and RACISM

Put together by the 25th Festival on Wheels with the support of the American Embassy, The Black Screen: Cinema and Racism presents two classic films dealing with racial discrimination, an issue that is still encountered in various forms today and, indeed, one that has recently been on the rise in many countries around the world. In the Heat of the Night (1967) and Do the Right Thing (1989) are among the films chosen by the US National Film Preservation Board for their ‘cultural, historical or aesthetic significance’ to be inducted into the National Film Registry at the US Library of Congress.

Made by Canadian director, Norman Jewison, at the height of the American civil rights movement, In the Heat of the Night tells the story of an African American detective asked to investigate a murder in a racially hostile southern town. Jewison creates a masterpiece against racism through his examination of the uneasy alliance forged between a bigoted white police chief and his black colleague. Helped by indelible performances from the leads, Sidney Poitier and Rod Steiger, the film picked up five Oscars, including the award for Best Picture.

Spike Lee’s Do the Right Thing is widely recognized as a landmark in American cinema. Set in a largely Afro American neighborhood of Brooklyn, the film portrays the events of a hot summer’s day when racial tensions reach a climax. It won Academy Award nominations both for Spike Lee’s screenplay and for the superlative supporting performance of Danny Aiello, who stars alongside the director. In a challenge to Hollywood cliché, Lee makes fine use of contemporary cinematic language, presents us for the first time with real, fully fleshed out black characters, and slips in a controversial ending to produce a classic that is as relevant today as when it was first released.