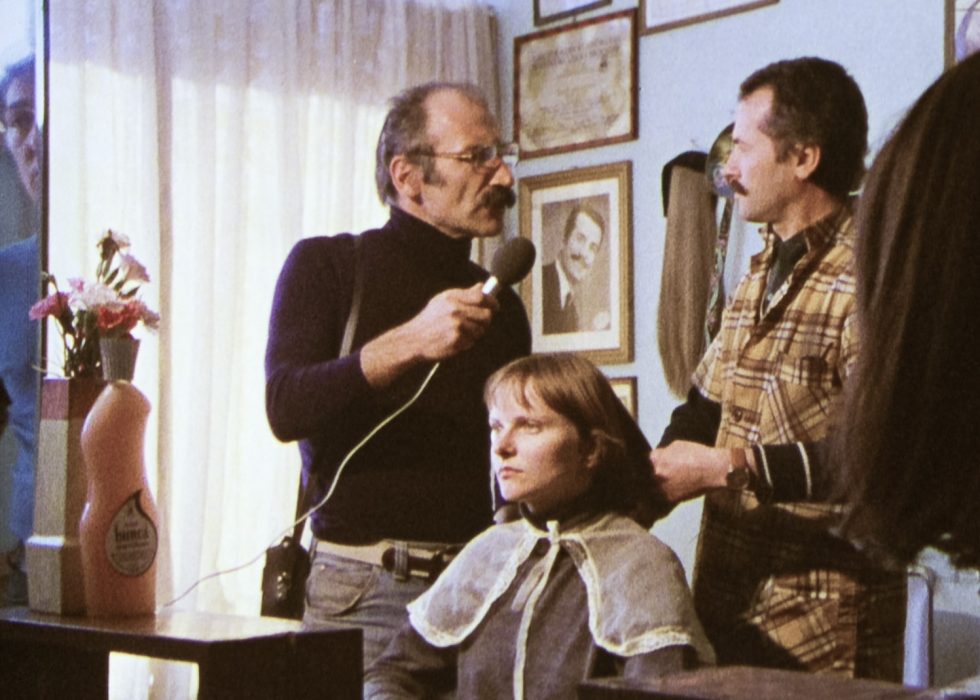 STRONG AND HEALTHY HAIR FOR SALE

Shot in Turkey and Sweden in the autumn of 1976, Tuncel Kurtiz’s documentary, Hair, explores the human hair trade and related wig-making business. Hair is snapped up from Anatolian villages by itinerant collectors, shipped to Sweden by middlemen and sold at high prices to wig makers. The film tells the parallel stories of Cumali, who treks from village to village collecting hair, and Seçkin, a migrant worker in Sweden who raises money from his friends to travel to Turkey and buy hair. As well as capturing an array of village customs in Anatolia from funerals to weddings, Kurtiz’s camera eloquently conveys the desperation of young women forced by economic hardship to sell their hair.

Having previously brought audiences the Kurtiz directed films, Route E-5 (E5 Path of Death, 1978) and Hasan the Rose (Gul Hasan, 1979), the Festival on Wheels has now unearthed a copy of Hair, which for a long time was thought to have been lost forever. Besides chronicling the changing rural life of the times, Hair represents an as yet unrecognized milestone in the history of Turkish documentary cinema by virtue of its re-enactments and parallel narratives.

Tuncel Kurtiz (1936-2013) played a part in myriad stage plays around the world as both an actor and director. He began his career as a screen actor in Orhan Günşiray’s 1965 drama, The Devil’s Servants (Devil's Servants) and went on to win multiple awards, among them a Silver Bear. In Sweden, Kurtiz directed two documentaries (Hair, 1977, and Route E-5, 1978) and a fiction film (Hasan the Rose, 1979).