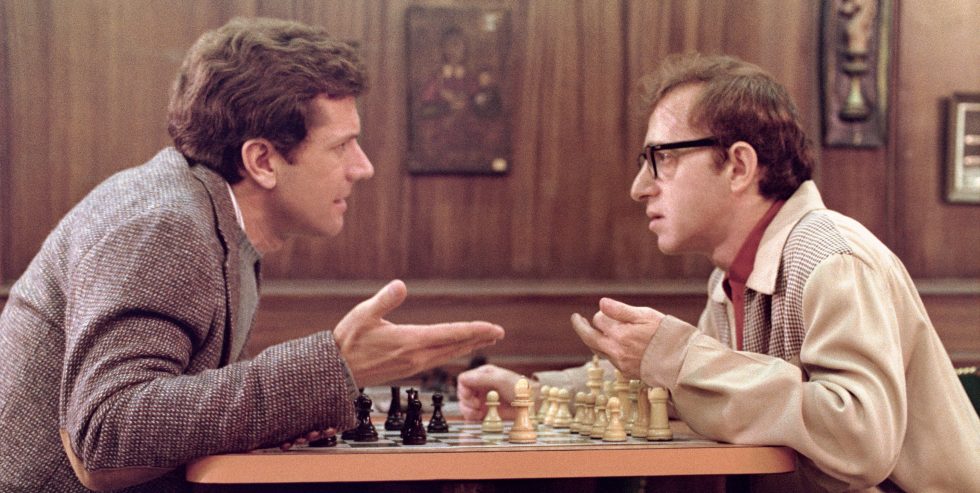 Martin Ritt’s The Front is a comedy about a deadly serious subject: the Hollywood and television blacklist in the 1950s. Many directors, writers and actors were targeted by the House Un-American Activities Committee in its vitriolic pursuit of Americans with left wing ideals. Woody Allen portrays a front for a trio of blacklisted television writers; he leaves behind his former gig as the neighbourhood bookie in order to pose as a writer.

Along the way he earns the romantic and political admiration of a winsome assistant producer and the friendship of TV personality Hecky Brown (played by the exceptional Zero Mostel), a Blacklist victim who cannot, no matter how much he wants success, betray his colleagues. Walter Bernstein received a much-deserved Oscar nomination for Best Screenplay for this brilliant story of talented people who were targeted for their political beliefs. Martin Ritt, Walter Bernstein and Zero Mostel, along with several other of the film’s participants, were all blacklisted in real life.

Martin Ritt (1914) began studying law at St. John’s University, but he met and befriended Elia Kazan and joined him in New York’s Group Theater, where he acted in Golden Boy and other socially conscious Depression-era plays. He served in the Air Force in World War II. After the war, he acted in live television plays but increasingly stressed directing. He was then blacklisted for five years and eked out a living by teaching at the Actors Studio. He began film directing in 1957 with Edge of the City. He directed and occasionally co-produced 25 diverse films.