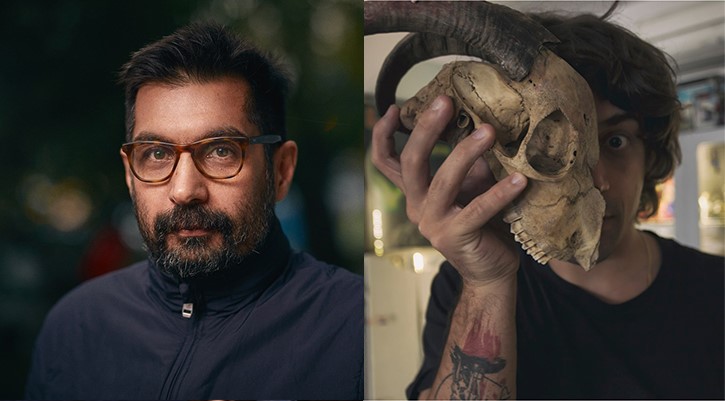 The Festival on Wheels reserves a distinctive place for a special name from the cinema every year. This year Mahmut Fazıl Coşkun, whose third feature The Announcement was awarded at Venice Film Festival, has selected three films, bringing different locations and periods representing different film perceptions. Named after Italo Calvino’s famous work, this section deals with the stories of the characters searching for belonging.

Satirically touching upon the cult of masculinity, Take Care of Your Scarf, Tatiana (Pidä huivista kiinni, Tatjana, 1994) tells the absurd story of two men who start a journey to Southern Finland in the 60s. This film is one of the defining films of Aki Kaurismäki’s filmography. What Ever Happened to Baby Jane? (1962) is a worth watching cult film in which Robert Aldrich brings two legendary names of Hollywood, Bette Davis and Joan Crawford, together. Set in a vast geography, from Germany to the USA, Alice in the Cities (Alice in den Städten, 1974) is a remarkable representation of the 70s by the director, Wim Wenders.

The Festival on Wheels reserves a special place for the horror cinema, a genre attracting people for its thematic and aesthetic diversity. Can Evrenol’s first feature, Baskın, has been screened at the international festivals and now his second feature, Housewife, will be presented at the Festival on Wheels. Moreover, horror fans should not miss Can Evrenol’s pick consisting of short films. From experimental films to local productions shot in Turkey, this section aims to provide different viewpoints. The films will be as follows: Meshes of the Afternoon (1943) directed by Maya Deren, a name known for experimental cinema, and by her husband Alexander Hammid; The Legend of Beaver Dam (2010), a horror musical and a teenslasher; Autumn Harvest (2014), the winner of the Best Short Film Award at Sitges, one of the most important fantastic film festivals, David Prior’s AM1200 (2008) and Punch (2008), an award-winning short film of Fırat Mançuhan.

Both sections will be realised with the contribution of the USA Embassy.