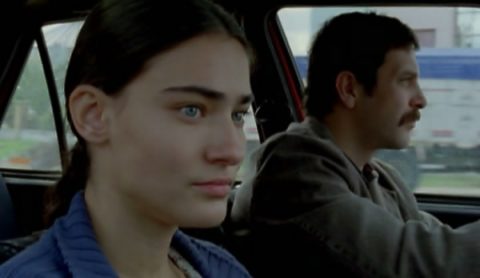 How many millions of people in Turkey have abandoned their villages and towns in the last 50 years and migrated to the city, leaving behind a life for different hopes and expectations? And how many of them have been able to realize their dreams of a new life? We will never know the answers. For all that, films about migration to the big city have an important place in Turkish cinema history. Well, suppose you were a young poet, you left the small town of your upbringing with great hopes and migrated to the city. Suppose you made a relative name for yourself with your first book and hatched sweet dreams for the future. Suppose things didn’t go too well after all and you found yourself trapped in the second-hand bookstore that is also your home… And suppose just then, you find out your mother has died and have to face going back to that hometown, what would you do? In foreign press reviews, Egg has been described as “an outstanding piece of poetic cinema”. Semih Kaplanoğlu has made a higly original and sensitive film on the themes of the individual returning to the past and never being able to break with his/her roots.