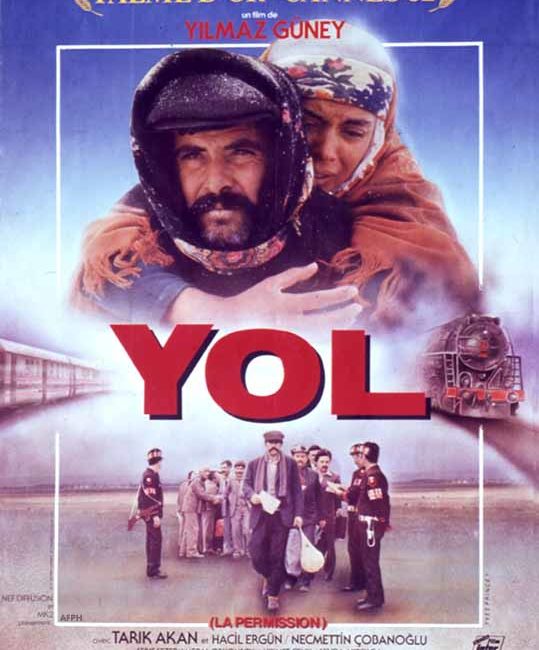 Sharing the Palme d’Or in the 35th Cannes Film Festival with Costa Gavras’ Missing, Şerif Gören’s The Road represents the Turkish cinema’s greatest success in an international festival. It is a masterpiece, shocking and disturbing. It is not in doubt that Yılmaz Güney, as screenwriter, was a vital element in the process of The Road becoming renowned and reserving a place in the World cinema history. There is so much in the events that the Gören-Güney duo lived through and the difficulties of shooting the film in the post 12th September 1980 coup d’état that could furnish subject matter for books and documentaries. The Road depicts the story of what five friends, convicts in the Imralı Prison, live through during their week-long leave, due to a special permission to spend the religious festivities with their families for good conduct. Seyyit Ali, learning of his wife’s infidelity, has to blood his hands for traditions’ sake…Mehmet Ali, rejected by his beloved wife’s family as he is thought to have left his brother-in-law to die during the robbery…Yusuf who is send back to prison because he loses his permission sheet…Mevlüt, who dreams of spending his leave with his fiancée but is thwarted by her family as they never leave her alone… Ömer, fallen for one of the village’s beauties, Gülbahar, not knowing what to do… Şerif Gören has transformed a story that could very well be used in a western or comedy into an immensely moving Turkish-Anatolian epic. The Road is not, in Godard’s definition, a ‘political film; “it’s a politically made film”. The fact that Şerif Gören, without any commotion, just puts the postcards of a leader in the military coup and a famous transsexual singer side by side in a single frame, plainly symbolizing the 12th of September, proves this. The Road is a film of captivity, voyage, and destination. There is no need to tell of the success of its crowded cast. It would be sufficent to say “brilliant”. Tunca Arslan Şerif Gör