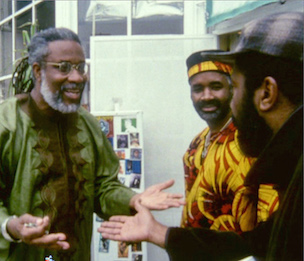 This beautifully inflected 12-minute jazz fable by Charles Burnett is close to the feeling of Killer of Sheep, his first feature, though the poetic narration represents a real departure. This is one of those rare movies in which jazz forms directly influence film narrative: set in Los Angeles, the slender plot involves a good Samaritan trying to raise money from ghetto neighbors for a young mother who’s about to be evicted, and each person he goes to see registers like a separate solo chorus in a 12-bar blues.