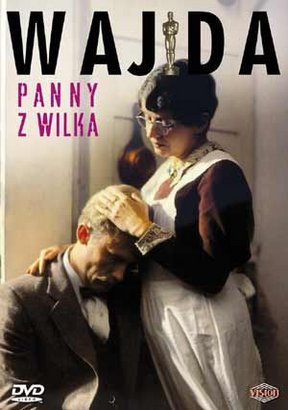 Maids Of Wilko, The

A somewhat different Wajda, lighter, perhaps? But no! It's not light in the sense that it lacks serious thoughts or concepts. It has abundance of both. Still, this is visually some other sort of feast from Andrzej Wajda, one of the great masters of contemporary cinema. I have seen The Maids of Wilko in the International Istanbul Film Festival. It has been many years now, but there are parts of it that I can still visualize as clearly as if I'd seen it last week. The garden, the house, that more or less English, or better still, Scandinavian light to it. The location is a country house in Wilko, somewhere in central Poland. The time is the late 20's or the 30's. It's a place associated with happy memories for Wiktor Ruben, a place where he as a young man spent his holidays. Now, after a long absence, he returns, hoping to capture at least some of the mood, to relive carefree friendship, light-hearted love. The house at Wilko is home for a family with five daughters and these are the maids in the title of the film, with each of whom Wiktor has had some sort of a bond or other. But the years, the War have changed Wiktor, have made him a tired, defeated man, he has become bitter, and has lost a very dear friend. As for the maids of Wilko, they also have changed. The one he was most close with, Fela, is dead. The oldest one of the lot, Kazia, is still kind-hearted and sympathetic but is now more or less resigned. Julia has a cold and unloving husband, Yola is trying to forget the sour memories of time past. The only one that Wiktor can link to his memories of those days of glory is the youngest girl, Tunia who was a child when he was in Wilko for the first time. However she is the only one now that he can connect with. Maybe it really is a lighter, smaller Wajda, in the positive sense. On missed chances and loves, lost innocence and hopeless attempts at a return. Visually and emotionally a different Wajda, an elegy both saddening and dissuading. Sevin Okyay
Poland
'
1979
Director
Andrzej Wajda