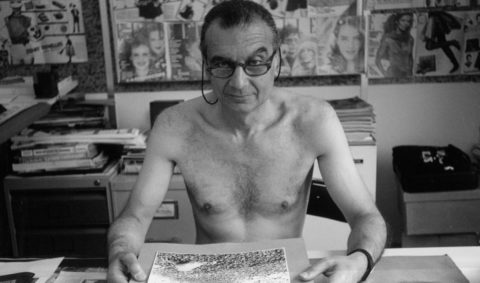 On the edge of the sea: a goat, a child and a man. It’s photograph which I took in 1954. The goat was dead, the child was named Ulysse, and the man was nude. Starting from this frozen image, to be imagined as one wishes, I made a film so I could imagine it in my way. But my memory played tricks on me. Voyage and reverie…I brought back other images. Twenty years later I met the people in the picture: Ulysse, the child grown into a man and the naked man now grown older.