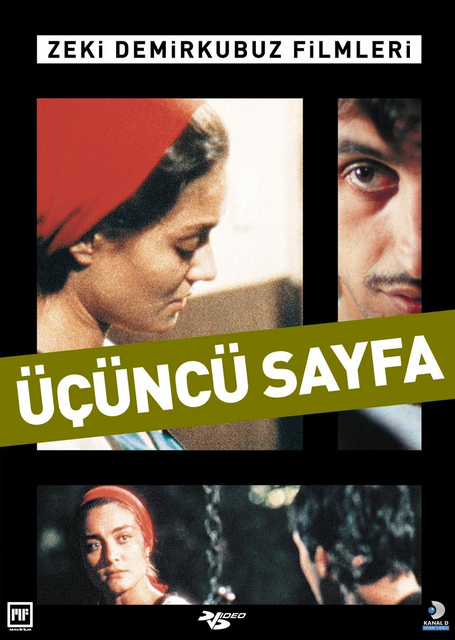 Love is involuntary. One learns evil. A sincere behavior, a warm look fires up the feelings. Yet, to do evil, one needs to think in detail and make cruel plans. What does one do in such a world where money and power are exalted and where the concepts such as justice, right, equal opportunities are not taken into consideration? The Third Page gives a moral answer to this question with an extraordinary screenplay and terrific acting. The film gives us in detail the main reasons and its preparatory conditions of “an ordinary crime” reported on the third page of the newspapers we read and get astonished and sometimes pay no attention, and mostly never get solved. Demirkubuz disclosed his social criticism and his opposition to rising values in his first two films, Block C and Innocence. In The Third Page he maintains the intensity of the content though simplifying his style. The Third Page opposes realistically with its cinematography as well as with its screenplay. Still camera, making use of the natural light of the milieu as far as possible, providing the darkening through putting out the automatic of the apartment building and closing of the doors, but still being effective in showing how cinema is so simple and so pure as an art form. The young actors of the The Third Page, Başak Köklükaya and Ruhi Sarı, managed their hard roles successfully. The impact of The Third Page increases because they are so passionate and convincing. Alin Taşcıyan