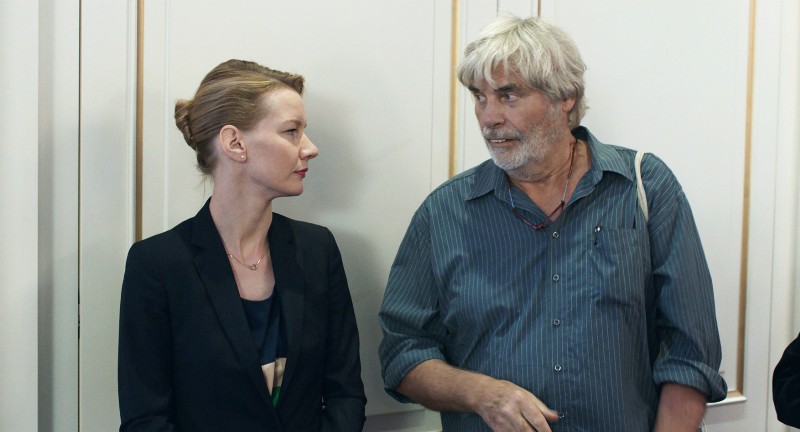 Toni Erdmann could be aptly described as the “film sensation of the year”. The comedy drama received an almost universal thumbs-up from critics at this year’s Cannes Film Festival where it premiered. In fact, with a score of 3.7 out of 4, it won the highest ever rating awarded by the industry magazine, Screen. The film is built around the relationship between Winfried (Peter Simonischek), who some might describe as a “loser” figure, and his daughter, Ines (Sandra Hüller), but it also paints an arresting portrait of the times. Estranged from his wife, retired piano teacher Winfried lives with his ageing dog and spends his days playing pranks on his nearest and dearest. There is little love between Winfried and Ines, who works for a consulting company in Bucharest. But when his dog dies, Winfried decides to travel to Bucharest to visit his daughter. Although originally planned as just a weekend, the visit runs over and inevitably spirals into a clash and an inquisition between father and daughter. The point is that Winfried, a habitual liar who dons a disguise to insinuate his way into all manner of contexts, cuts a figure completely at odds with the sterile-seeming world of business.

Toni Erdmann blends an unsettling drama with absurd, slapstick humour, while at the same time challenging the ethics and etiquette of the neoliberal world. Walking an extremely difficult line, writer-director Maren Ade draws a nuanced comparison between the “winners” of the business world and those left outside. All the while pointing out that nothing about humanity is unfamiliar to us…

Festivals
Around the Globe
World Cinema-2016