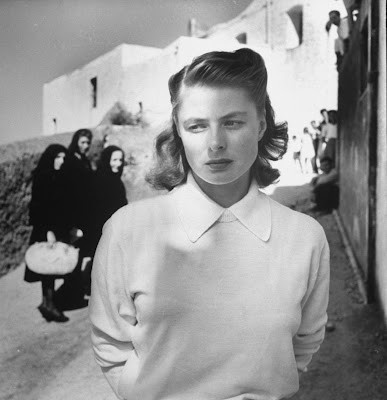 In 1948, Ingrid Bergman happened upon a Manhattan theatre showing Roberto Rosselini’s Paisan and watched it in an almost empty house. She came away impressed by the film’s simplicity and realism, much as she had two years earlier after seeing Rome, Open City. She later wrote the director an admiring letter which concluded, “If you need a Swedish actress who speaks English very well…and who in Italian knows only ‘ti amo’, I am ready to come and make a film with you.” Realizing that having Bergman on board would probably help him raise the money for his film, Rosselini wrote a favourable reply. The result was not only a long-term professional collaboration, but also one of the most talked about off-screen affairs in the history of cinema.

In Stromboli, the first fruit of their liaison, Bergman plays a displaced Lithuanian who manages to escape her internment camp. She lives with her husband, an Italian POW, on a volcanic island. But a litany of challenges lies in stall for the couple in their barren village, which has been abandoned even by its residents. At the time of its release, the film proved controversial and received a negative response from critics. Nonetheless, Stromboli stands out as a pioneering piece that breaks the mould of conventional narrative patterns.