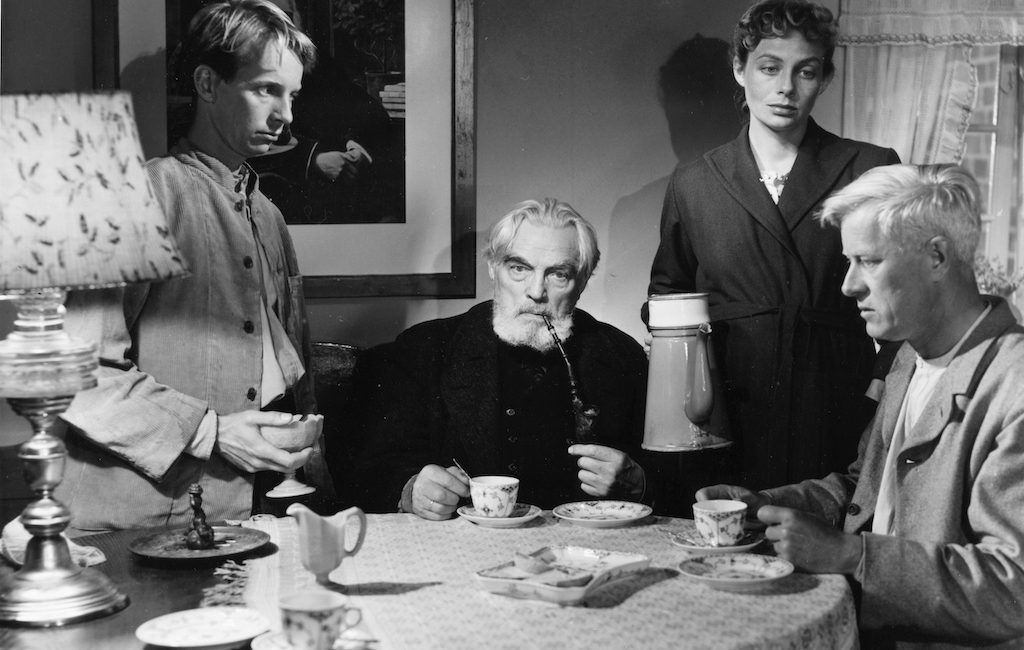 Based on the play by Kaj Munk, this inspirational drama focuses on one of director Dreyer’s favorite themes, the conflict between institutional religion and personal faith.Set in a staunchly Godfearing Danish village, The word tells the story of Morten Borgen and his three sons. Mikkel is filled with religious doubt. Anders, meanwhile, is involved in a romance complicated by differences of faith. The central character, Johannes, has the biggest problem of all: He believes he is Christ and his extreme faith is viewed as madness. Things change when he is visited by the Holy Spirit and Mikkel’s wife is resurrected at her funeral. Although any plot summary of The word would border on the ludicrous, the film is nothing of the kind. This is an overwhelming emotional and intellectual experience, thanks both to its subject matter and its austere yet potent presentation. Dreyer’s rigorously spare visual style (the film contains only 114 shots in 126 minutes) perfectly conveys his metaphysical themes and creates a meditative and genuinely inspirational mood. Not to be missed, certainly by anyone who loved his great The Passion of Joan of Arc.