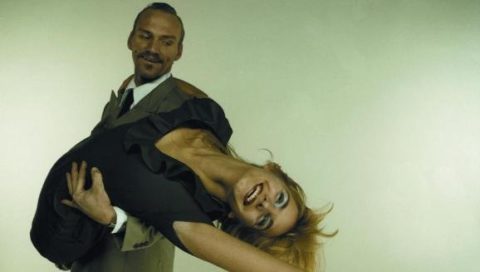 This is a short film based on movement; there is no dialogue. The action is filmed in a single short with the camera turning in circles to catch the action as it develops on the set. The film takes place in a sumptious office space and the plot involves characters in the office, the boss, secretaries, executives and a rich client. A complicated story develops gradually and is finally resolved in a surprising ending. The emphasis is on fluidity of movement and presentation.