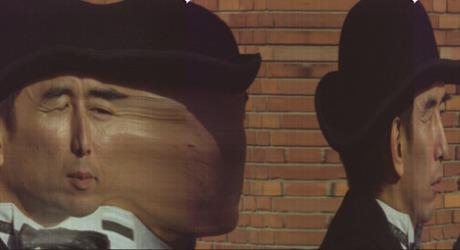 ”Since I’ve been involved in film-making it has always bothered me that images in films are too concrete and as such they ignite the imagination but do not let it soar. The image seen in the target of a Slit Camera never exists in that particular form in real life. Thus, contrary to traditional means of recording images, it isn’t designed to create the illusion of reality. In this film an attempt is made to tell a story, using a means that has nothing to do with real experience.” Sándor Kardos