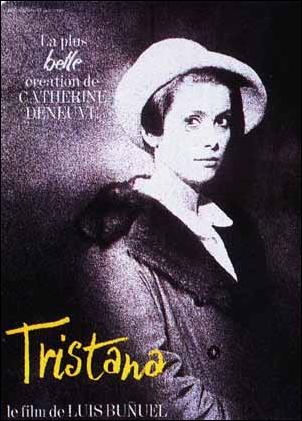 Bunuel's remake of Benito Perez Galdos' story takes it to the 1920's from 1890. Set in a small Spanish village, this is a film about revenge and exploitation. Tristana is adopted by Don Lope, whose honesty is doubtful, after loosing her parents. Don Lope, who first assumes the role of a caring father, soon starts to act like a jealous husband. He does not refrain from using his authority in order to possess Tristana. Their relationship soon turns into a cruel game where they exchange the role of the victim. While Tristana is in some ways a typical Buñuel film, it has elements that make it unique among his oeuvre. For instance, it does not use the surrealist critique of society as can be found in The Discreet Charm of Bourgeoisie. What we have here is an absurdism that is achieved through abstraction. Because the characters' position as victim and predator keeps shifting, the viewing experience becomes gradually disturbing. Despite plenty of reasons to despise him, Don Lope sometimes appears as a rebel with a cause or a poor old man whose love is unanswered. Don Lope, whose only motivation for adopting liberal views seems to be his personal stakes also represents the bourgeoisie, one of Bunuel's regular targets. Buñuel places this powerful story within a political axis without sacrificing from its dramatic narrative. He touches upon various instruments of exploitation and discipline through Tristana's suppressed sexuality. Whereas she originally distances herself from Don Lope because of her piousness she later keeps that distance for reasons of revenge. Despite its slow pace and the effort it demands from the spectator, Tristana -nominated for an Oscar the year it was released- is one of the most rewarding films of its period. Yeşim Tabak
Spain
'
1970
Director
Luis Bunuel

Awards
Prize of the National Syndicate of Spectacle Spain