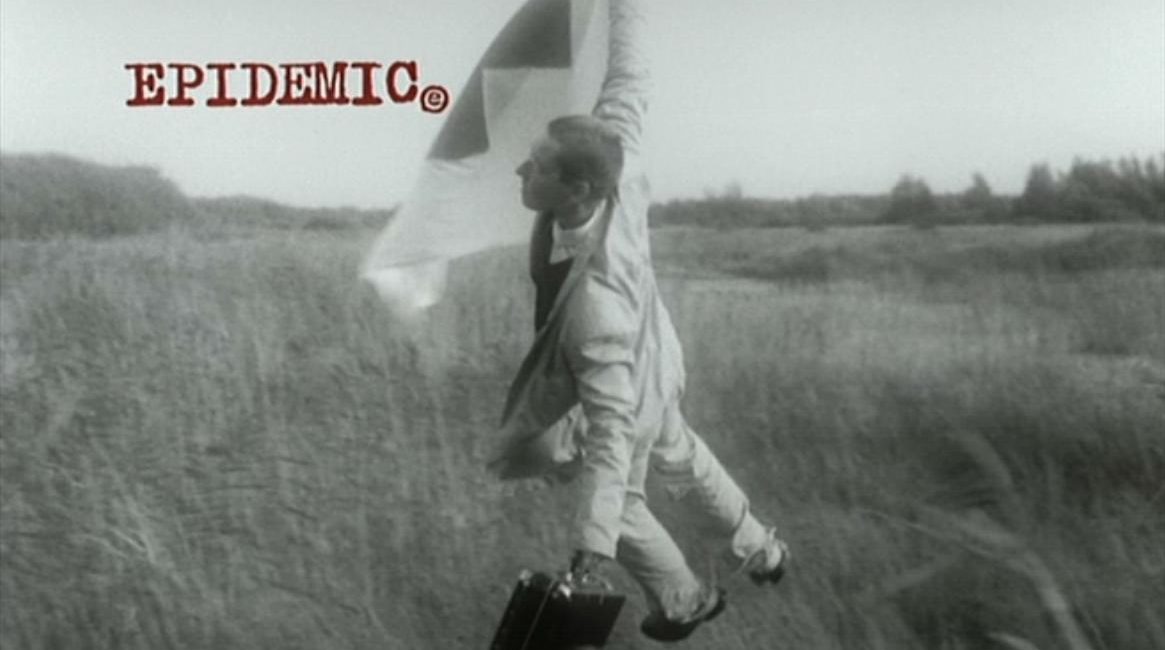 When two like-minded script writers have just finished the script which has been their task for one and a half years, all their labour is dumped as the computer doesn’t see the text. They only have five days to submit in the work. Even though they start to write the same script all over again, it doesn’t take long to understand that it won’t be possible. They decide to write a new script, progressing in a wholly different medium. And as subject, they deem suitable an epidemic that parts people from life and those surviving from their humanity. They throw themselves in the embrace of a writing adventure as far from stress as possible. The thing they’re not aware of is the fact that they themselves are about to fall in the hands of a destroying epidemic… Lars von Trier’s second film in line, Epidemic is also the second part of his European trilogy -the other two being Element of Crime and Zentropa. It can first of all be assessed as an obstinate attempt at giving a concrete example of the dream of a primitive cinema denying illusion at every level, which the director would also follow in the years to come. And it’s quite meaningful for Trier to boast, saying that for approximately one third of the film there’s no one behind the camera. It’s clear that he has no problem in expressing himself in 16 mm. in b&w. However, it’s not easy to predict the degree of response it will get from the spectators. The fact that watching Epidemic is bound by skill both audio-visually and as regards the text may lend interpretation to the words Trier himself utters sometime in the film: “What we call film should be like a stone that has slipped into your shoe. Furthermore, it’s not in vain that the two principal characters are named Lars and Niels. Because these are the scriptwriters of Epidemic, Lars von Trier and Niels Vorsel, acting themselves. Trier, while creating Fiction within Fiction, shares the same fate by his character hit by reality -exposed to an epidemic. He badly disturbs the spectators with the hypnosis séance in particular, in the sequence where the girl who enters the script of the film and infects the epidemic she’s fallen victim to even though it has turned into a reality, turns insane. In short, that which has been fictitious becomes reality twice. And Trier, taking this opportunity, stresses that the dream is less effective than reality. His conscious approach in blending an expressionist humor with a gothic atmosphere of horror is symbolized with the funny example of the toothpaste which he altogether thrusts under our eyes. The fact that the toothpaste comes out of the tube in two Colors that don’t blend into each other… The joke hidden here is that the character acted by Trier has to go to Germany in order to solve the mystery. Cem Altınsaray