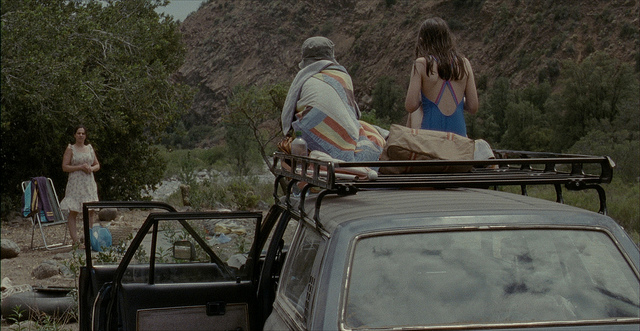 Scenes from a marriage, viewed from the back seat of the spacious Mazda 929 that a Chilean family uses to go on holiday for a couple of days. Sensitive, personal debut by Sotomayor. This Chilean road movie is set entirely in and around the car belonging to a middle-class family on a four-day trip to the north of Chile. It will be their last journey as a family. We occasionally catch a glimpse of marital problems, but the crisis is largely implicit. For instance, we often only see the backs of the silent parents’ heads, seen from the perspective of the children in the back seat, who only have a partial idea of what is going on. The journey that starts so cheerfully with all kinds of games in the car quickly acquires melancholy undertones: the children only want to go to the beach, while the father is heading for a new life in another apartment and the mother primarily yearns for a place which no longer exists, where everything remains the same as it was. Rotterdam Film Festival
Netherlands Chile
'
2012
Director
Dominga Sotomayor