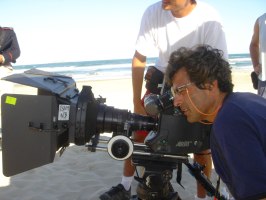 Parrinos - The Priests Of Palermo

The Parrini of title are not the godfathers of the Sicilian Mafia but the neighborhood priests of Palermo who have decided to take community action as the sole means to fight the influence of the Mafia. Nick named by the media the “anti Mafia priests” they sometimes receive dead threats; some of them have armed escorts who wait for them in front of the church.