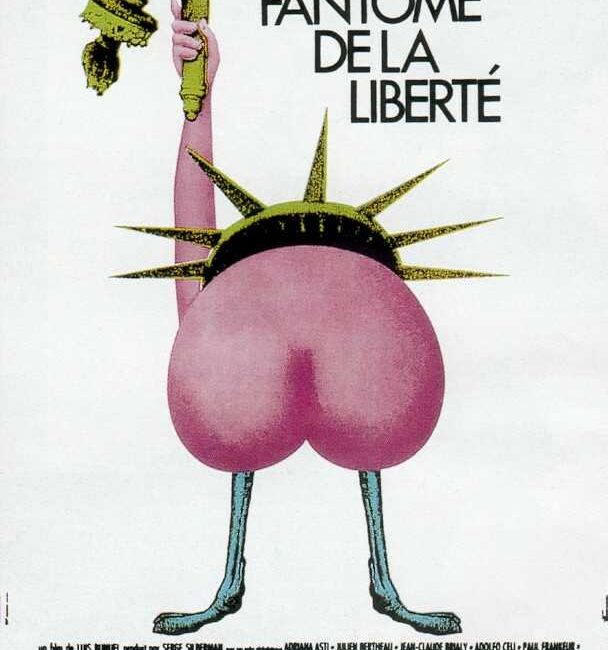 Phantom Of Liberty, The

An uproarious summary of Luis Buñuel's surrealistic concerns in a collection of anecdotes, The Phantom of Liberty jumps from place to place and time to time in a manner that follows the (il) logic of dreams. The films opens in the Napoléonic era with Spanish patriots urging on the firing squad that's about to execute them with shouts of things like “Down with Liberte!” and “Up with chains!” Following this, is a scene of a maid reading to a child the story we have just witnessed. Again the scene changes to show a man selling supposedly pornographic postcards that are actually shots of entirely non-pornographic French tourist attractions. A man with a rifle kills passers-by from the top of a Montparnasse building and is hailed as a hero. A missing girl helps the police fill out a report on her disappearance. And, in perhaps the most memorable sequence, a group of elegantly dressed dinner guests sit on toilet seats as they converse around a dining room table. They sheepishly request to be excused when hunger strikes and then creep off to a room containing a private little stall where they may dine. This is a crazy, subversively funny film about convention-bound characters who have a hard time dealing with sexuality and freedom. It's hearting to see that Buñuel could still ruffle as many feathers at age 75 as he did in 1928 and 1930 with An Andalusian Dog (Un Chien Andalou) and The Golden Age (L'Age d'or). The Virgin Film Guide James Monaco and the editors of Baseline
France
'
1974
Director
Luis Bunuel