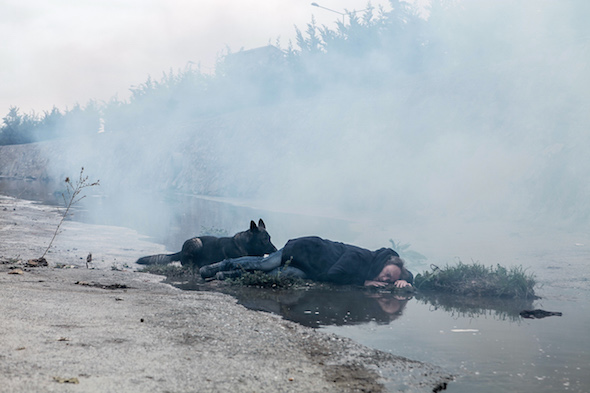 Why Can’t I Be Tarkovsky

After a commendable debut as director with Lifeof salt (The Salt of Life), Murat Düzgünoğlu left a long pause before producing his much-anticipated follow-up, Why Can’t I Be Tarkovksy? This second feature tells a story that neatly parallels Turkish cinema’s “controversial” centenary celebrations. Specifically, it portrays the efforts of a young director and dedicated admirer of Andrei Tarkovksy to make a film in the style of his master. As the director labors with his endeavors, so he is pitched against the film industry’s never-ending challenges.

Needless to say, Tarkovsky does not constitute the basis of the story. The substance of the film is provided by the idea that Turkish cinema is entirely formulaic and makes absolutely no effort to overcome these challenges. The film draws some striking conclusions about a world supported by idealism; but it also shines a light on filmmakers who set out to “make cinema” without the first idea of what they are doing. Although his portrayal of this is sometimes dated, Murat Düzgünoğlu is clearly trying to make the point that nothing is changing in Turkish cinema, despite so much talk of “change”.

As one of the leading acting talents of his generation, Tansu Biçer puts in a dynamic performance as the lead, detailing every stage of the character’s development with such finesse that he ends up carrying the film. With frequent recourse to black humor, Why Can’t I Be Tarkovsky? ultimately ranks as one of the outstanding examples of “cinema looks at cinema” films.