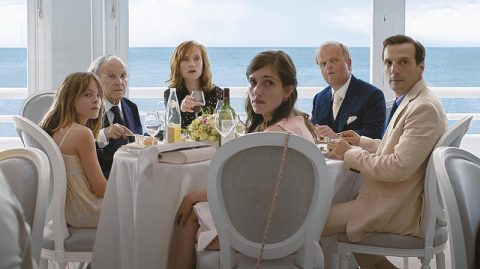 “All around us, the world, and we, in its midst, blind.” A snapshot from the life of a bourgeois European family.

In a large villa in the northern French town of Calais lives the grumpy patriarch Georges Laurent with his multi-generational family. His ambitious daughter Anne has taken over running the family business, while his son Thomas is getting settled with his new wife and baby and a Moroccan couple takes care of the household. Despite its huge rooms, there is not much space for emotions at villa Laurent and it is more by means of familial obligation than charity that Eve, Thomas’ 13-year-old daughter from a former marriage, is taken in after the sudden death of her mother. Eve, however, soon finds an unexpected ally…

Michael Haneke’s latest film offers a wicked and fascinating peek into the well-hidden flaws of a European upper-class family.