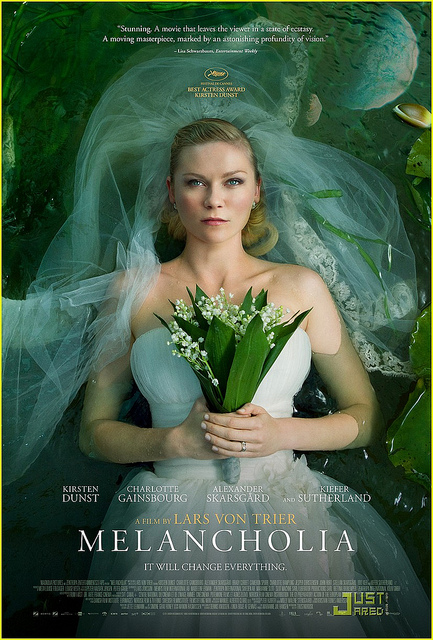 Danish provocateur Lars von Trier presents the end of the world – in two parts. The first section focuses on Justine, an ad executive who’s just married her colleague Michael. They show up hours late for the reception, infuriating Justine’s sister Claire and her rich husband John, who are paying for the event and hosting it on their obscenely lavish estate. The attendees include: the sisters’ ludicrously wasted father and foul-tempered ex-hippie mother, Justine’s vilely self-centred boss and one very aggravated wedding planner. Prone to intense, crippling bouts of depression, Justine falls off the deep end the minute she arrives to a chorus of disapproval. As the party deteriorates along with her, she’s the only one to notice a strange star looming closer in the sky. The film’s second section focuses on reliable, level-headed Claire, who’s spent much of her life caring for her sister – and is now dealing with her post-nuptial depression - as the errant planet that Justine spotted earlier moves nearer and nearer. [...] Brilliantly shot and acted (especially by Dunst and Gainsbourg), Melancholia weds the foreboding power of Tarkovsky and early Duras with the majestic surrealism of Matthew Barney, though one instantly recognizes it as a film by von Trier. It may be his most emotionally immediate film since Breaking the Waves. Steve Gravestock
Germany Denmark France Sweden
'
2011
Director
Lars von Trier