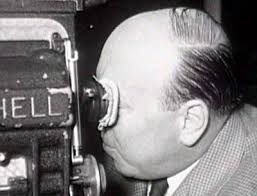 My Life On The Screen

MARCEL CARNE: MY LIFE ON THE SCREEN

Marcel CarnIt is, accompanied by his friend Didier Decoin, frees his memory to wander over a half of cinema without skipping and phase in his extraordinary career: his incredibly liberated childhood, the miracles that brought him to films, the genesis and the realization of his twenty-one films, the first enthusiastic, success, disillusionment and finally the films still to be made! Now over eighty, the director of Children of Paradise, Hotel du Nord and Quai das Brumes has kept his childhood curiosity intact and looks at the world as a filmmaker and as a man without illusions, but without bitterness.