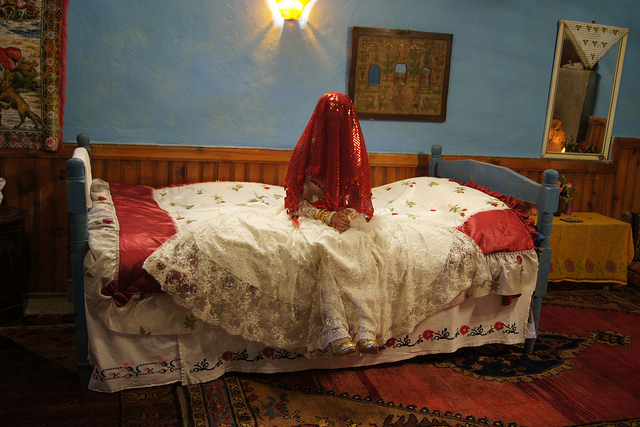 The story opens with a lavish wedding ceremony in rural Anatolia. A middle-aged groom with a large moustache and his bride, covered in a red bridal veil; guests dancing around them and guns fired into the air: an extravagant wedding ceremony is being held with two bands of drums and horns. At the end of the celebrations, which last until midnight, the bride is led ceremoniously to the bridal chamber. The bride and her sister-in-law are then left alone in the room, and the sister-in-law gives the bride a final briefing on nuptial customs. From now on, the camera remains inside the bridal chamber. With her face draped in a red veil, the bride sits waiting for the groom, reacting oddly to the noises she hears outside.
Turkey
'
2012
Director
Reis Çelik