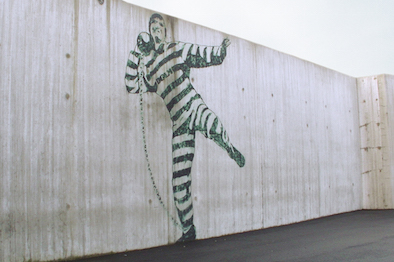 For all its indulgences, this is a valuable film and a palate-cleansing experience, and an idealistic, high-minded meditation on architecture, the public space and the life of the mind. Originally commissioned as a TV series of six episodes, presented like this, it is perhaps not quite a film, but more of a quasi-installation/cine-event. As executive producer, Wim Wenders has brought together short films from different directors, each dedicated to a public building designated a “cathedral of culture”, although there are no actual cathedrals. The Pompidou Centre is included, but so is Halden prison, in Norway: here, director Michael Madsen includes a quotation from Foucault about prison architecture resembling that of schools and factories. The portmanteau collection is presented in 3D, to increase our sense of the physical and the spatial, and there are marvellous high-definition images, although some films accompany these with a silly, burbling first-person narration purporting to come from the building itself. “When I was new, people stopped in shock,” says the Pompidou. Wenders’s own work about the 50-year-old Berlin Philharmonic building is a pleasing essay on a structure once marooned in the wasteland near the Potsdamer Platz, now surrounded by the modernity it anticipated. Robert Redford’s film about the Salk Institute, in California, and its community of scientists is a revelation.

Festivals
20th Festival on Wheels
Around the World