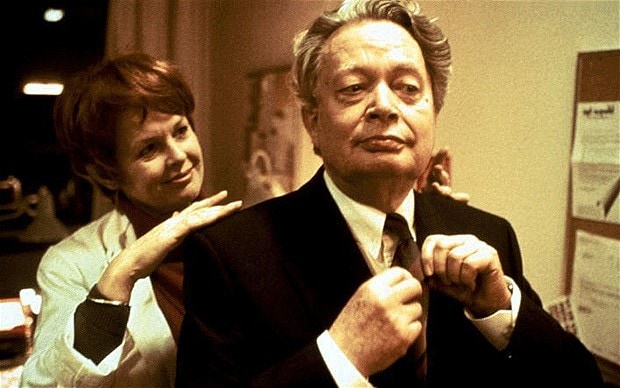 This is ghost story set at a Danish state hospital known as the Kingdom. The hospital represents the pinnacle of medical science and great humanitarian virtues: the finest brains and most advanced technology of the country are gathered here. No ignorance or superstition is supposed to shake the foundations of the Kingdom. However it was built on huge wetlands-a marshy, foggy place where terrifying things may happen. The hospital offers a panorama of odd people and strange creatures: doctors and nurses, employees of different departments, of different floors and administrations, and of course patients, present and former visitors and the ghosts, who haunt the corridors of the Kingdom seeking revenge or salvation. Among them is the spirit of Mary, a girl killed in 1919 by her father, an esteemed doctor at the hospital. An old patient, Mrs. Drusse, discovers the body of Mary preserved in formalin, stiffened in a scream uttered when she was caught trying to escape from a painful experimental treatment. Mrs. Drusse would like to bury Mary’s body to allow her to rest in peace… Lars von Trier’s film is an ironic soap opera set in Copenhagen’s Kingdom Hospital (that is also is real name) and inspired by classic ghost movies of the 1950’s. The extraordinary visual universe of the director of Europa is once again present in Kingdom a reality TV voyage into the surreal.