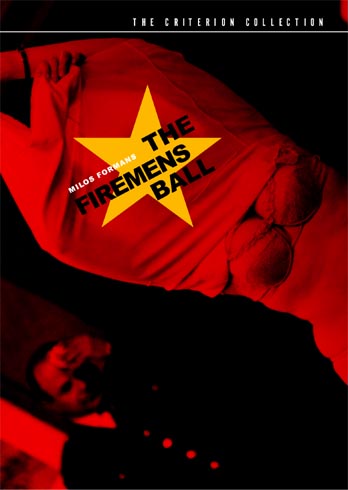 This ingratiating farce is perhaps the last noteworthy film of the Czech renaissance before the political crackdown forced most filmmakers, director Forman and co-screenwriter Passer included, into exile. It is a more thorough realization of the same kinds of themes that directors like Forman and Passer developed in several films in the mid-1960's: invigorating essays in every day life. The Fireman's Ball uses a small, local event -in this case a retirement ball and a beauty contest- to examine larger social and political problems. Promised the presentation of a ceremonial hatchet at a ball given upon his retirement, a cancer-stricken, 86-year-old retired commander of a fire brigade sits helplessly as all hell breaks, evening's events fizzles. The tension is broken by a fire alarm which tears the fire company away from the festivities to a fire that is destroying another old man's home. Unfortunately things seem to keep going wrong. The New York Times reported that 40.000 Czech firemen resigned when the film was released in their homeland. They returned to their posts when Forman let it be known that the film is allegorical. The film received an Academy Award nomination for Best Foreign Film in 1968.
Czech Republic
'
1967
Director
Milos Forman