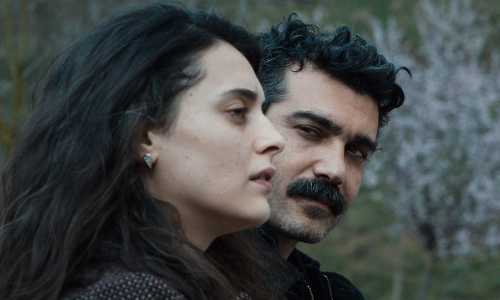 In the same way as the earlier films Masumiyet (Innocence) and Kader (Destiny), Kor (Ember) takes up the story of a character (Cemal) who battles with his pride in order to bridle his passions. When Cemal takes a business trip to Romania and ends up behind bars, his wife, Emine, is left on her own with their sick child. Once he becomes aware of Emine’s predicament, Cemal’s former boss, Ziya, takes it upon himself to help her and pay for the surgery the child needs. Cemal returns to Istanbul and suspects there is something going on between his wife and Ziya.

Ember leaves the audience alone in the company of three characters who look at one another long and hard, are crushed beneath the weight of what they can’t say, and seem about to explode at any moment. The characters are constrained by pangs of conscience, a sense of guilt or just plain pride from admitting the truth to one another and, confronted with the icy reality of life in society, the fire within them is reduced to a mere ember. This time around, Demirkubuz isn’t out to hook the audience by focusing just on the tragedy of one man. Through his visual language, he uses the three characters to successfully paint the portrait of a dysfunctional society proficient in the art of playing three monkeys. The story of three characters who fail to face their own tragedy becomes the icy portrait of a society almost reduced to embers, a society that has failed to face its individual history, a society dominated by the kind of hypocrisy that can endure anything in the name of keeping family, government and nation together.