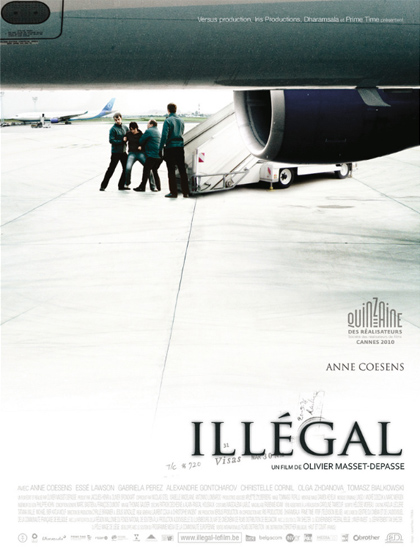 Tania, a Russian woman has been living for 8 years illegally in Belgium with her son Ivan . Always on the run, she is constantly scared of police controls until the day she gets arrested. She is put in a detention centre far away from her son who managed to escape when the police arrested Tania. Hoping to get the refugee status she waits to get out, but it doesn’t stop the several attempts to expel her from Belgium. Threatened with deportation and desperate to be reunited with her vulnerable son, Tania battles a system with the odds stacked against her, fighting for her rights and her freedom, but at risk of being deprived of her very humanity. “I consider “illegal,” not Tania. The administrative detention centers in our countries, which supposedly respect human rights, are illegal. The vast majority of illegal immigrants held in these centres have had to flee extreme poverty, dictatorship, war etc., and when after an often trying and dangerous journey, they end up in our countries; we welcome them by putting them in prison. They are treated like criminals. I wanted the film to be realistic and well-researched: everything that is seen in the film has happened at least once in real life.” Olivier Masset-Depasse