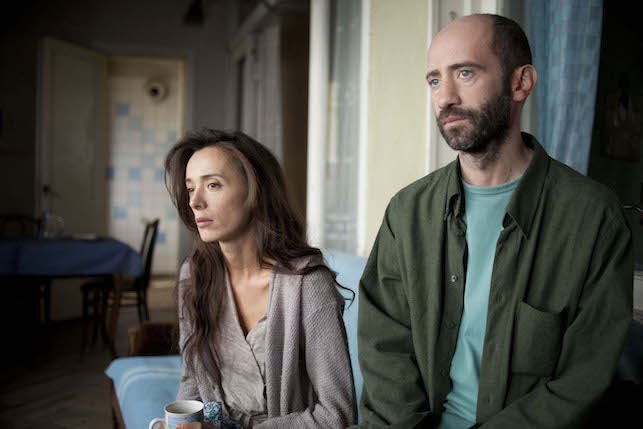 In Blind Dates, Sandro, a single schoolteacher in his forties who still lives with his parents, falls for Manana, the mother of one of his students. Although she too is taken with him, it turns out that her husband, a fiercely jealous man incarcerated for crimes of passion, is about to be released. In one of the film’s many delightfully absurd scenarios, Sandro offers to drive Manana to the prison to pick up her husband. The latter, oblivious to their relationship, ends up hiring Sandro as his driver, and the two spend the day together trying to settle the husband’s various scores, including an extramarital affair.

The film offers a heartfelt reflection on middle-age loneliness and nice guys finishing last without ever turning into a wallow. The tactful approach and abundant deadpan humor evokes Aki Kaurismäki’s but without any trace of acerbity. With his hangdog demeanor, Andro Sakhvarelidze excels as Sandro, giving dignity and credibility to a character whose genuine and unwavering kindness could easily have lent itself to pathetic caricature. Rendered in carefully constructed yet unobtrusive shots and a muted color palette well suited to the film’s mood, Blind Dates is slow-burning, unpretentious, and irresistibly charming. Giovanni Marchini Camia, Film Comment

Festivals
20th Festival on Wheels
Around the Globe