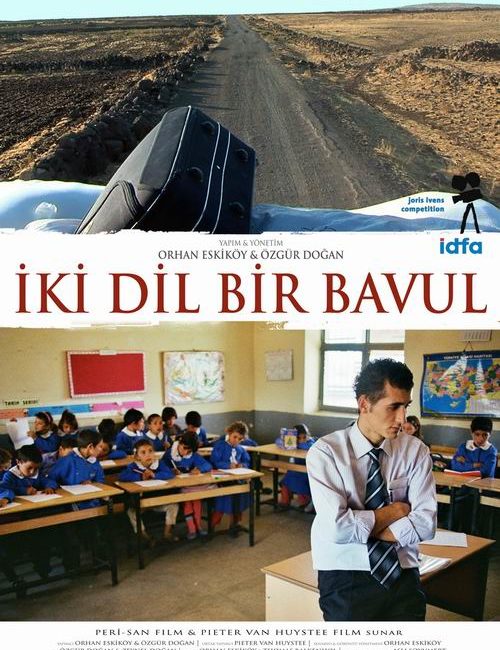 On The Way To School

The young Turkish teacher Emre Aydın has been appointed by the government to go teach at a school in a remote and impoverished Kurdish village. He arrives in the village at the beginning of the school year to a few unpleasant surprises. There’s no running water in the village and the students don’t show up for class. On The Way to School follows Aydın during the entire academic year. The camera observes him and his students in a fly-on-the-wall kind of way, and we can see how tough an assignment it is for Aydın to teach here. Many families only speak Kurdish at home, so learning Turkish isn’t only hard for the kids, but it’s also a sensitive matter as far as the strained relations between Kurds and the Turkish state are concerned. Aydın feels like a foreigner in his own country, but he’s determined to accomplish the task at hand. For the most part, he’s a friendly and patient instructor, but when students write Kurdish words in their notebooks, he loses his cool and kicks them all out of class. He proceeds to grab his cell phone and call home, where his mother lovingly gives him her ear. “I sit avidly at my desk, blown away for what seems an age by the impact of a superb 81-minute documentary drama; for here is piece of cinema which articulates in memorably straightforward fashion things we have struggled for years to put into words but managed only to present in the most oblique of terms.” Yıldırım Türker
Turkey
'
2009
Director
Orhan Eskiköy