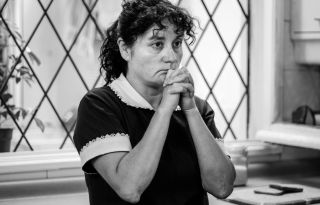 Subtly directed and beautifully acted tragicomedy shows in a restrained way the grumpy self-hatred of the housekeeper of a rich Chilean family who continuously refuses to accept any additional help. But then the uncomplicated and charming Lucy arrives… Raquel is shy, surly and stubborn, but also loyal, precise and calm. She has become so entrenched in the household of her affluent bosses and their four spoilt children that she has acquired special rights. Whenever she falls ill and a second servant is brought into the house, Raquel usually manages to make life so difficult for her that she leaves again quickly. Silva films with a great sense of understatement the stubborn resistance of a woman whose work has become her personality. Even Raquel, whose only intimate contacts are brief telephone conversations with her mother, is unable to combat the uncomplicated charm offensive of the new colleague Lucy. But even blossoming friendship brings dangers with it. Rotterdam Film Festival