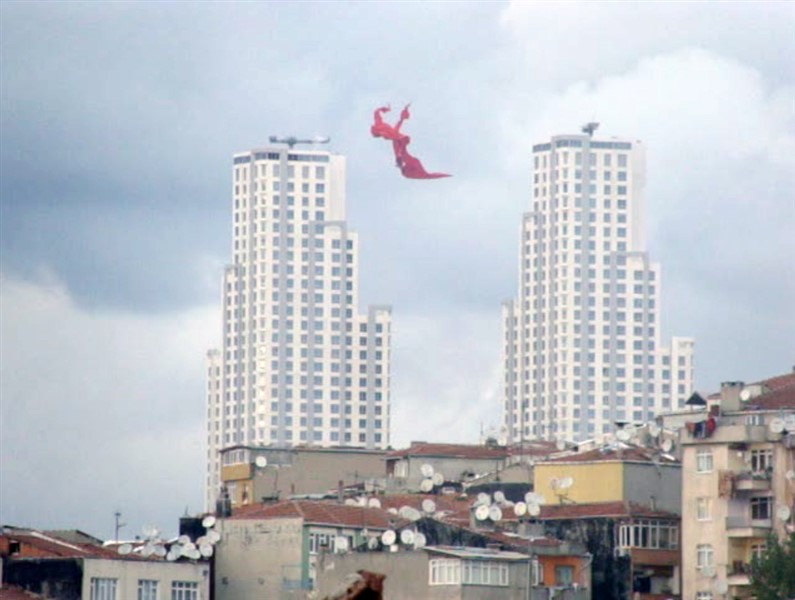 In the video Same Old Song, we watch a waving Turkish flag between twin skyscrapers, over one of the so-called urban renovation and demolition areas of Istanbul, Tarlabaşı. The sound of the video is formed by re-arrangement of the musical notes of Turkish National Anthem from the longest to the shortest.


Festivals
22nd Festival on Wheels
Masculinities From Yesilcam to YouTube