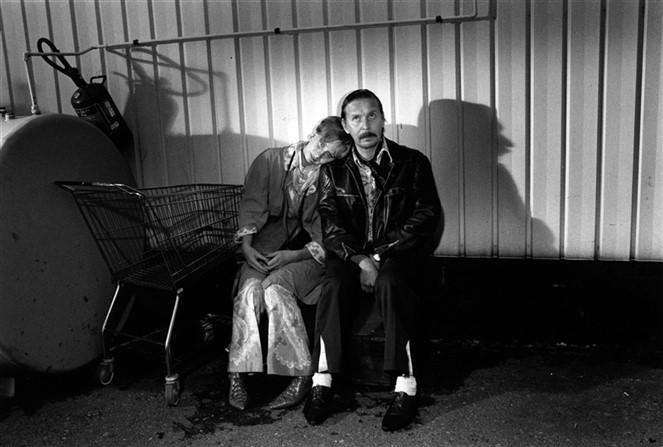 Take Care of Your Scarf, Tatiana

Cigar-chomping, caffeine-addicted Valto works at home for his Mum, but when he discovers she’s run out of coffee, he locks her in a cupboard, steals money from her purse and splits. He teams up with his chum Reino, a greasy-haired auto mechanic and self-styled rocker, and the two misfits set out on what appears to be an aimless drive through the Finnish landscape.

A road-movie about the unbelievable adventures of two Finnish men, some time in the mid-sixties. Valto, the owner of the car, drinks enormous amounts of coffee, Reino drinks booze and blabbers endlessly. Already at the early stages of the journey, two ladies come along, one Estonian, the other Russian and in spite of understandable difficulties in communication and the obvious incapability of our men to approach the opposite sex, this absurd comedy gains, towards the end, some sentimental tones. A film about the amazing frame of mind of the Finnish men, and an almost surgically cutting investigation into the Finnish-Estonian-Russian relationships.