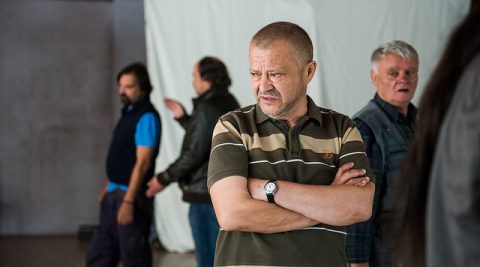 “In the summer of 2010, I signed up for a training event that a peace organisation offered to war veterans from former Yugoslavia. The workshop captured me completely. I was sitting with people who had literally fired shots at each other. There was tension, yes, but what started in an atmosphere of mistrust and discomfort eventually turned into a quite uncommon relationship of understanding and compassion. As for my personal experience of the war, I believed I had long since left it behind. But the catharsis experienced in the workshop made me decide to make a feature film on the subject.”