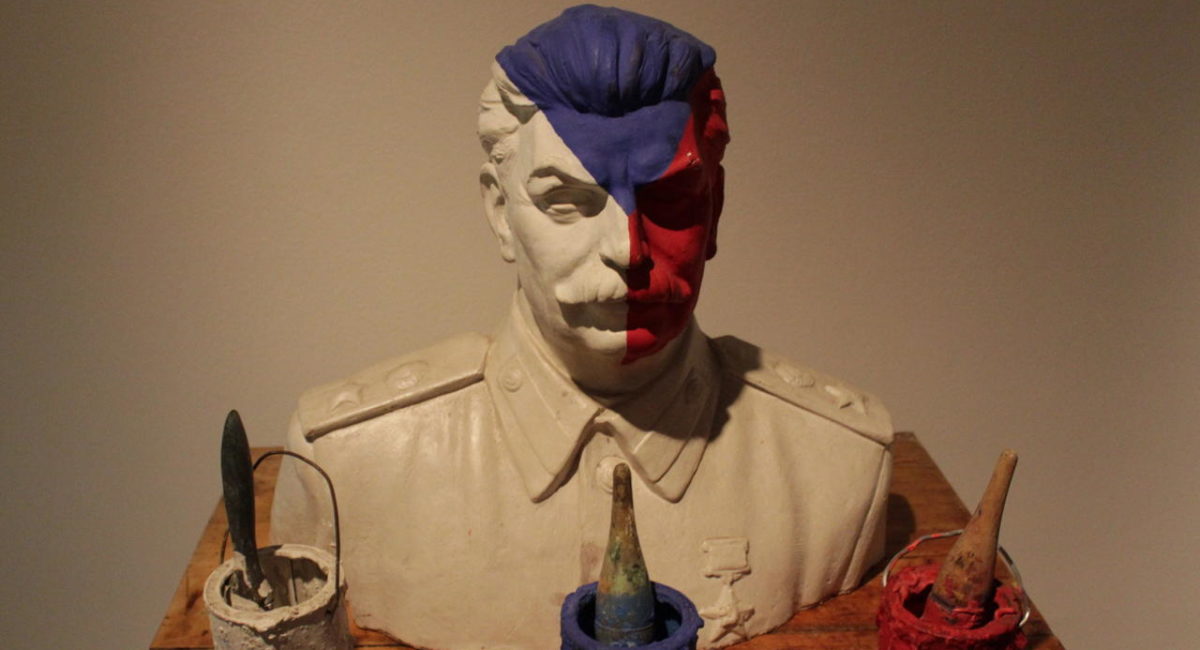 Death Of Stalinism In Bohemia, The

The Death of Stalinism in Bohemia

The film is not just a passionate expression of the liberating demolition of the symbols of totalitarian aggression, but it also a warning against replacing old models by new ones, still in uniform, but this time with “patriotic” colours. The film is a surrealist view on the history of communism in Bohemia. In animated motion there are the sculptures and portraits of communist leaders, propaganda posters, Svankmajer replaces the invading tanks of 1968 by kitchen tools. Between the animated parts there are edited documentary footage.