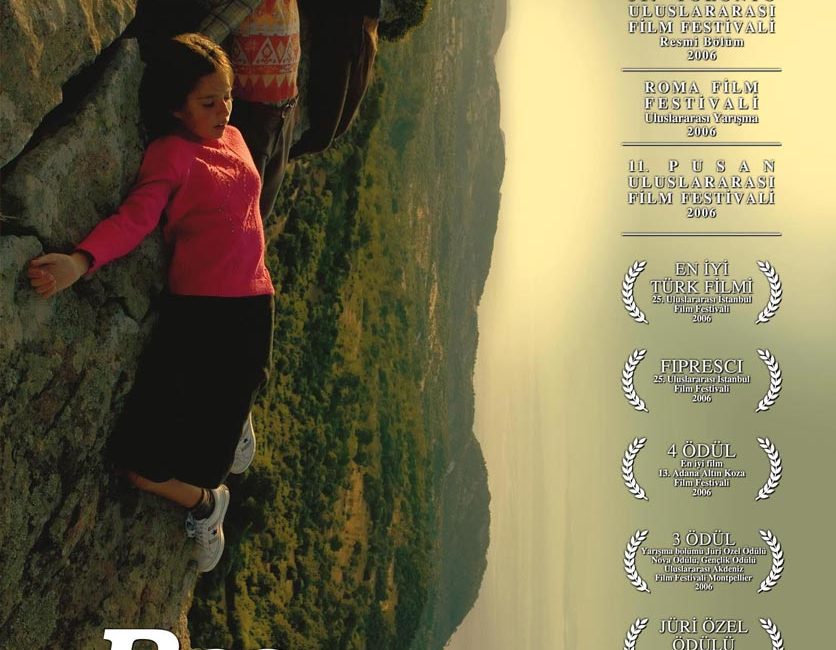 Times and Winds ranks as one of the best films not only of the last year, but of Turkish cinema as a whole. It is a work in which director Reha Erdem captures a sense of cinema that speaks straight to the soul. This is familiar territory for Erdem, explored initially in Oh Moon, the mystical, black and white film he made in 1989 but was only able to release in Turkey in 1997. Although the earlier titles A Run for Money and Mommy I’m Scared also merit attention, Times and Winds is in a league of its own, an opinion clearly shared by the selection committee of the first Rome Film Festival this year, where the film was picked for competition. Disarmingly modest by nature, Erdem is little known as a director either at home or abroad; but this time he has made such an outstanding film that his days of anonymity across the globe are surely over. The film, which made its international premiere at the Toronto Film Festival, has been showered with praise by prominent critics and filmmakers alike. Times and Winds is a film that it is difficult to describe in words. It derives its strength from its powerful imagery. The film seems almost to mirror the observations of a classical Aegean philosopher and a Lacanian psychoanalyst on childhood and time in the countryside. Picture a village on the northern Aegean coast, nestling in natural beauty, with sweeping views down to the sea… Life in the village is divided into five by the call to prayer. For the children, life unfolds within the feudal world of adults where fathers perpetually crush sons through the use of authority, power and psychological means. Life is both ultimately confined and ultimately free. Their confinement at home is offset by the freedom they find on the hills, among the rocks and scrub and in the thickets. While the children endure the anguish of growing up, life is hardly easier for the adults. Still firmly under the parental thumb despite having married and produced families, they have nowhere to escape in the narrow village alleys and orchards. Relying little on the spoken word, Erdem pares the acting and dialogue of the film to a minimum, telling his story instead through images charged with symbolis. And this style of cinema, rooted in the image rather then the word, in emotion rather then tangible reality, produces ravishing results. Alin Taşçıyan
Turkey
'
2006
Director
Reha Erdem