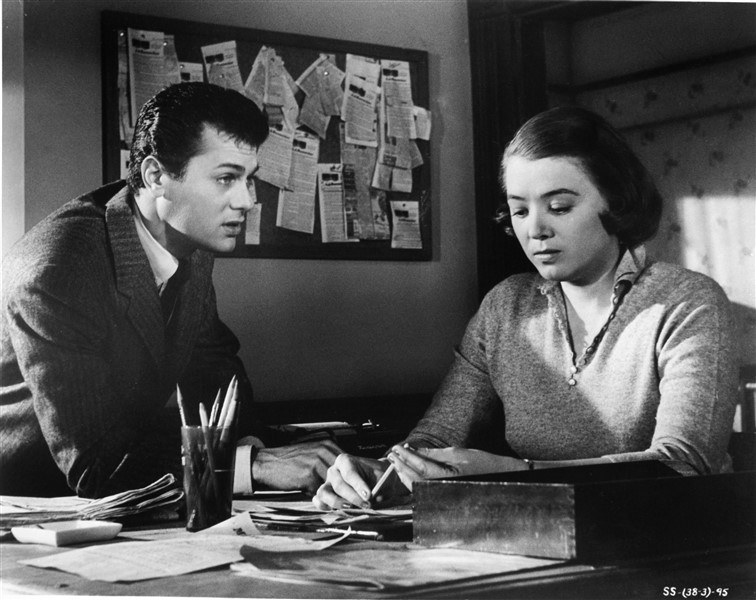 Glitter and corruption, glamour and cruelty are inseparable in Sweet Smell of Success, a merciless portrait of toxic ambition in the New York nexus of media, entertainment, and politics. Burt Lancaster co-produced the film and plays the terrifying J.J. Hunsecker, a powerful gossip columnist with a sick soul, while Tony Curtis gives his greatest performance as a hungry, desperately scheming press agent willing to sell his own soul, and anyone else’s, for the perfume of success. Ernest Lehman wrote the original story, but playwright Clifford Odets added much of the dramatic tension and complexity of the script, as well as the ornate and gloriously quotable dialogue. It is embellished by Elmer Bernstein’s brassy jazz score and James Wong Howe’s darkly glistening cinematography, which captures both the shimmer and the grime of real Times Square locations, as well as what the brilliant Scottish director Alexander Mackendrick, making his first film in America, called the “neurotic energy” of the crowded streets. The movie presents an ugly vision of a moral wasteland, but seduces with its intelligence and style, making all of us complicit in the tragedy.