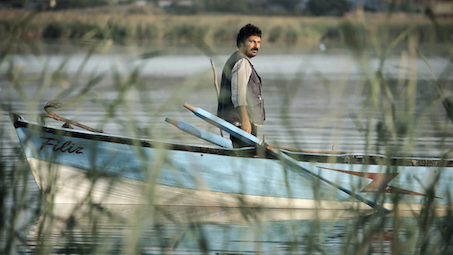 Kaya, a fisherman, lives with his wife, Filiz, in a village on the shores of a lake. They have a young daughter, Deniz, who is unable to speak. In search of a cure for Deniz, Filiz decides to try an ancient alternative remedy. She thinks that feeding the girl a breed of fish believed to be medicinal will heal her disorder. The trouble is, the fish is no longer to be found in the village lake. Filiz sets off for another lake to find it. In the end, she catches eight of the rare fish and starts feeding them to her daughter.

When he discovers the fish at home, Kaya has the idea of farming them commercially in the hope of making some money. To make a few preliminary inquiries, he takes a few of the fish to the aquaculture faculty in town, but doesn’t tell his wife. To set up a fish farm, however, he needs money he doesn’t have. And to resolve this, he starts fishing illegally with chemicals. But one day, ambition in using the chemical mix leads him to fatally poison his wife, Filiz, and he ends up in jail for homicide.

On release from prison, Kaya returns to the village. He goes with his daughter to visit Filiz’s grave. Deniz takes along the last of the healing fish given to her by her mother. Her real motive is to show her mother that she’s kept her side of their pact: before Filiz died, she gave Deniz the last fish to keep as a pet and promised to buy her a big present if she managed to keep the fish alive. For the first time ever, Deniz speaks at her mother’s grave and calls her father to account.