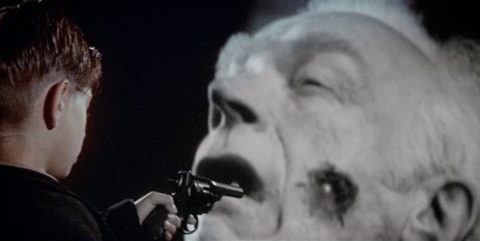 Intelligent and full of good will, Leo Kessler, is a young American with a German heritage. Shortly after Word War II, he arrives in Germany in order to work and to discover the country of his father. His uncle helps him find a position with the railway company as a sleeping car conductor. Leo starts to travel through a destroyed Germany -an incomprehensible and almot exotic world for him. On his first trip, he meets Katharina, the daughter of the railway companies’ director, Max Hartman. Soon after, Leo is invited to the Hartmann residence for dinner. Max Hartmann views the reconstruction of his transportation network Zentropa as the sole purpose for living. He thus has no other choice but to work in cooperation with the Alies. His son Larry, a rather tender soul, is critical towards any concepts of nationalism and considers himself a pacifist. Kathatina who makes no secret of her affection for Leo, on the other hand, seems to be closer to the groups of Nazis who stage terrorist actions against Americans. A rumination on war crime in the form of a hallucinatory thriller, this is a strikingly original work which tells a Kafkaesque story in a consistently disturbing and artificial milleu.