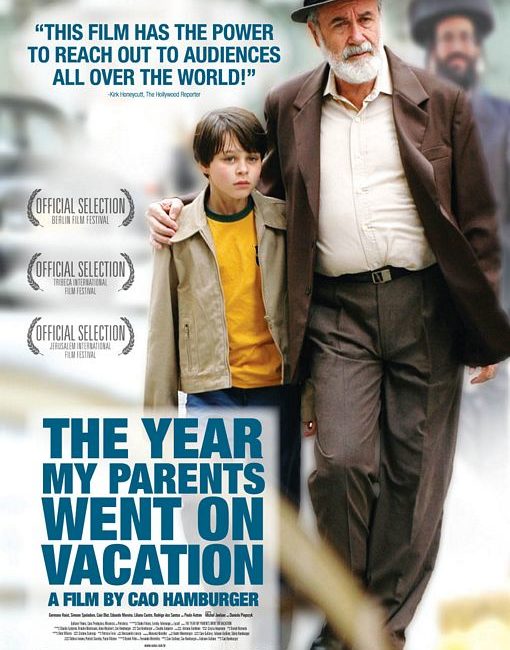 The Year My Parents Went On Vacation

Brazil in 1970. The country has been under a military dictatorship since 1964 and, in Mexico, the Brazilian football team is trying to win its third World Cup title. There’s nothing that twelve-yearold Mauro wants more than this title because then, Jairzinho, Pelé and company would finally be able to sport that third star on their strip something that no other team has ever achieved. But then, when his parents suddenly go on holiday, Mauro, whose mother is Catholic and father is Jewish, finds himself in the completely different world of his paternal grandfather. Putting the sleepy middle-class town of Minas Gerais behind him, Mauro heads for São Paulo’s Bom Retiro district. The area’s Greek, Arab, Jewish and above all Italian population makes it one of the city’s liveliest quarters. And then all at once it’s the final and Italy are to play Brazil in Mexico City. For the director, The Year My Parents Went on Vacation is a movie about different generations and team work. “The film tells a lot about the times in which I, and various others lived as children. Not differently than Mauro, we also had a fragmented perspective of reality. This film tells our story in a certain way. And without my crew, the best I could ever hope for, nothing of this would have been possible, in both the artistic and technical quality, as well as the content which was so efficiently portrayed”, says Hamburger who, like the boy who narrates his story, also saw his parents being arrested during the military dictatorship, has a Jewish father and a Catholic mother, and was a goalie for many years when younger.
Brazil
'
2006
Director
Cao Hamburger