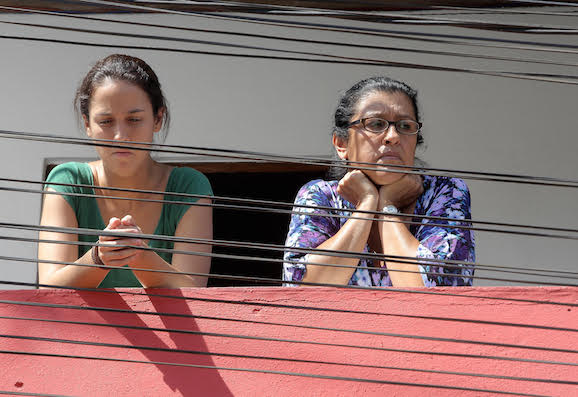 What happens when the live-in help get above themselves? And how does the supposedly liberal and relaxed employer class find a way of expressing its fastidious distaste and unease?

It is the story of a rich Brazilian family in São Paulo and their housekeeper Val, wonderfully played by Regina Casé. She has been a nanny to the son of the house, as well as all her other duties, earning enough to send money home to pay for the care of her own daughter Jéssica, whom she has not seen for ten years.

The tranquil and orderly existence of a live-in housekeeper who’s humbly served a middle-class Brazilian family for over a decade is completely turned upside-down when her estranged daughter arrives in São Paulo to apply for university there.

The perennially fascinating and tactless subject of 21st-century servitude is the theme of this well acted and absorbing film – to be compared with Sebastián Silva’s 2009 gem The Maid, and, from much further back, Joseph Losey’s 1960 classic The Servant.