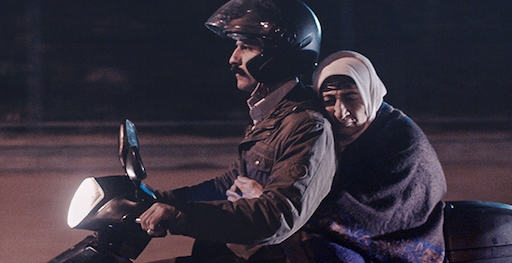 Song Of My Mother

Song of My Mother takes its title from a song that is as elusive at the end of the film as it is at the beginning; it also introduces us to a young filmmaker who knows what he is doing both as a writer and a director. Set poetically in the framework of a fable, the film begins in 1992 before fast-forwarding 20 years to the present day. Mothers and sons are familiar territory to Mintaş from his short films, and he now revisits the theme in Ali, a schoolteacher and short story writer, and his mother, Nigar, using their story to explore the indelible scars of the dark past. He also addresses the question of what happened to the Kurds when they abandoned their villages and fled to the city. The answer is: not much to the younger generation; they have built themselves a life as good, bad and selfish as anyone else’s, taken on all the same cares that anyone else has, and just get on with it. The older generation, on the other hand, have suffered many a sleepless night. But thankfully, sleep ultimately embraces us all. (And Kurdish sons always seem to have more love for their glaring mothers than their lovers.)

Mintaş weaves a thread of humor into his meticulous portrayal of the un-enchanted world of Istanbul’s “Little Kurdistan”, but the thread is so subtle that it almost cries out for more. Nonetheless, the message that comes across is that while some things change in 20 years, others remain the same. For everyone struggling to make a life in Istanbul, not only Kurds, urban regeneration has become a crucial concern. The evidence is there, like a note scribbled in the city’s bittersweet history, in districts everywhere from the city center to its farthest reaches. But in spite of everything, there are many cinematic moments in the film that convey a bright, refreshing sense of life and bring a smile to the audience’s face. The film succeeds with quiet finesse, thanks also to the award-winning performances of its cast. Welcome, Erol Mintaş, to Turkish cinema…