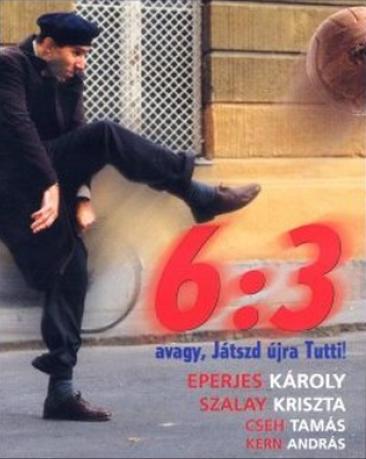 The game of century: 1953, November 25, 3:15 p.m., the Hungarian soccer team versus the British. Hungarian people anticipate the match for months, gathering around radios everywhere… After all, the Hungarian golden team is getting ready to play the yet undefeated British team in England, and everyone back home is itching to know what is going to happen! However, a few minutes after the commencing kick, something funny starts to happen in the city… A strange man appears on the scene and ruins the fun for fans everywhere, for he knows every goal in advance and predicts before they even happen! All his commentaries are so completely accurate. Nobody knows him, nor where he is from… Like a fanatic he darts from one place to the other, trying to listen to the game, but he can’t keep his mouth shut and he keeps getting kicked out of every place right after he goes in. As the kicking out continues, more and more twists are added to the story. ?n no time at all, state security is on his heels, along with a group of anti-communist “followers” who are intrigued with his sense of the future. Only two people inadvertently come to his assistance… A street-cleaner, Helen who takes him under her wing, first out of pity, than out of fear for his safety, and Halmi, who is a bar singer and also Helen’s ex-fiancée. They have to run away, while the game of the century is underway.