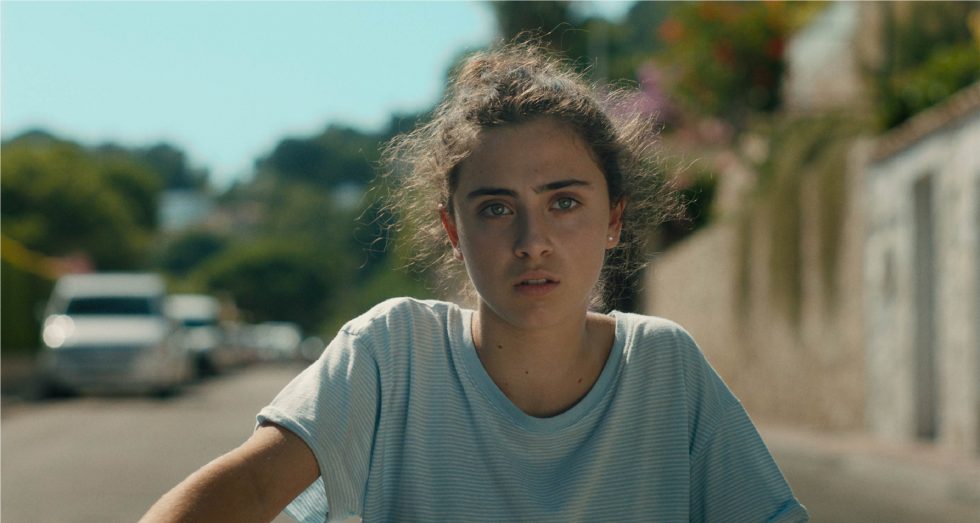 Fifteen-year-old Nora faces another dull summer holiday at her family’s summer house. But with the arrival of Libertad — the maid, Rosana’s daughter — life suddenly comes alive for Nora. The two teenaged girls embark on a series of adventures that guide them towards adulthood. But class divisions create an invisible wall between them. And the tensions caused by Libertad’s personal trauma are never far away. In her long anticipated debut feature, accomplished screenwriter, Clara Roquet offers a sensitive exploration of two girls’ friendship over the course of a summer, while also turning her camera on the adult world and questioning the reliance of domestic labour on the immigrant workforce.

Liberty is a story about identity and family, about a world that is coming to an end. It’s also about mothers and daughters and the traumas that pass from generation to generation, as well as the stories we tell, stories that make us who we are. But more than anything, it’s about two girls from different worlds, who break the social class barrier through friendship and come of age at the same time, even though their struggles are completely different.

Clara Roquet began her career co-writing the multi-award-winning 10,000 KM alongside director Carlos Marques-Marcet. Soon afterwards, she started her first writing-directing venture, the short film The good bye, which premiered at Toronto. Since then, Clara has become a renowned screenwriter in Spain and Latin America, co-writing films such as Petra by Jaime Rosales, This too will happeņ by Daniel Burman, The Days to Come by Carlos Marques-Marcet and The Red Virgin by Paula Ortiz, among others. Her second short film, Good Girls, won several awards. She also directed two episodes of Tijuana, a series produced for Netflix. Liberty is her debut feature.